Jessica Simpson looks every inch a forest nymph - complete with flower crown and long wavy locks - at the stunning baby shower she held at the weekend. The singer gave her Instagram followers glimpses inside the happy celebration, which was attended by loved ones including her daughter Maxwell, five, mother Tina and sister Ashlee Simpson, 34 - who brought along her three-year-old daughter, Jagger Snow. One look at the fabulous photos reveals the theme for the gathering - Birdie's Nest - which appears to be the name Jessica and her husband Eric Johnson have chosen for their third child - a little girl who will be born this spring. 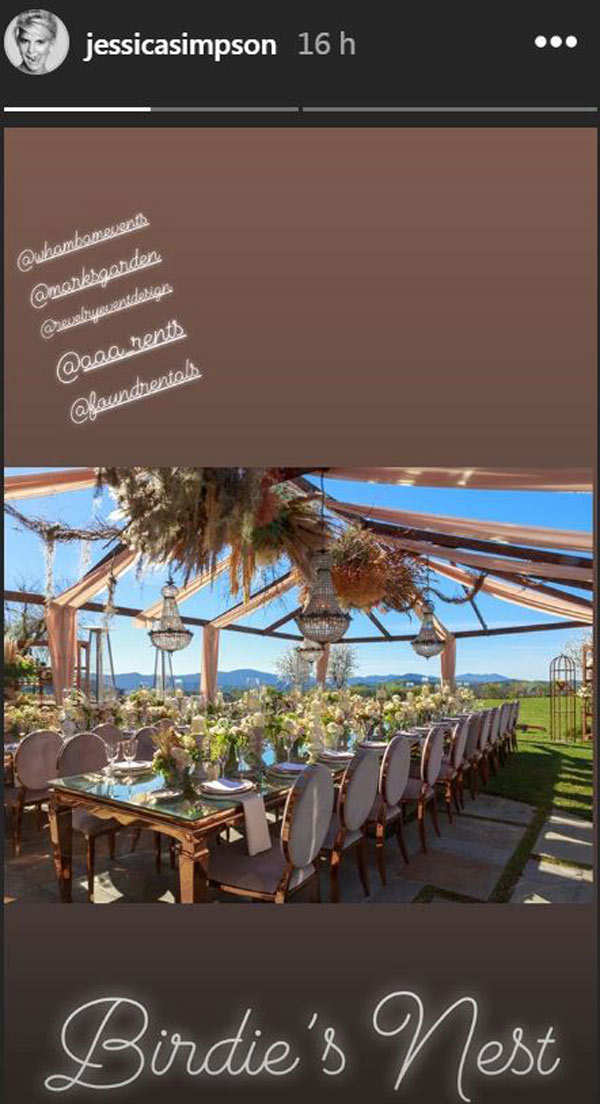 It was Jessica's mum, Tina, who seemingly confirmed her daughter's unusual name choice. She captioned a picture of herself and her grandaughter Maxwell - thus letting the cat out of the bag - as follows: My oldest granddaughter #MaxiDrew and Gigi celebrating our baby Birdie! Beautiful day thank you @whambamevents @jessicasimpson for a magical day!" Fans were quick to offer their congratulations and share their thoughts about the name.

There's no denying that Jessica was on radiant form at the party - but one look back through her Instagram reveals that pregnancy is giving her more than just a rosy glow - the mom-to-be has been suffering from swollen feet. as she progresses through her third trimester. The singer even gave her own spin on the #10yearchallenge - comparing a photo of her painfully swollen foot to how her legs looked ten years ago.

Related: The best celebrity and royal Instagrams of the week

After asking for help from fans the star found a remedy in the form of cupping - an alternative therapy in which special cups are placed on the skin to create suction to help with pain, inflammation, blood flow and relaxation. The treatment worked wonders, as proved by the 'after' shot the mom-of-two posted, pointing out her "skankles - aka skinny ankles."

Jessica announced in September 2018 that she is expecting her third child with the cutest Instagram post detailing her gender reveal. The first picture showed her children Ace and Maxwell holding up two black balloons with white dots. The caption read "SURPRISE..." The second photo showed dozens of pink balloons, which had been released by popping the black ones. “This little baby girl will make us a family of five,” Jessica wrote underneath. "We couldn’t be happier to announce this precious blessing of life."