As his The Man Of The Woods tour arrived for its scheduled stop in San Antonio, Texas, Justin Timberlake elected to make an unscheduled visit. On his downtime, the 37-year-old superstar surprised patients at the Methodist Children's Hospital on Friday, January 18, bringing heaps of "sunshine in his pocket." Justin was answering the call of a trending video which featured the kids there dancing to his hit song Can't Stop the Feeling and holding up signs requesting him to come by. To the children's astonishment, the singer did just that and so much more.

Scroll to see all of the surprises up Justin's sleeve! 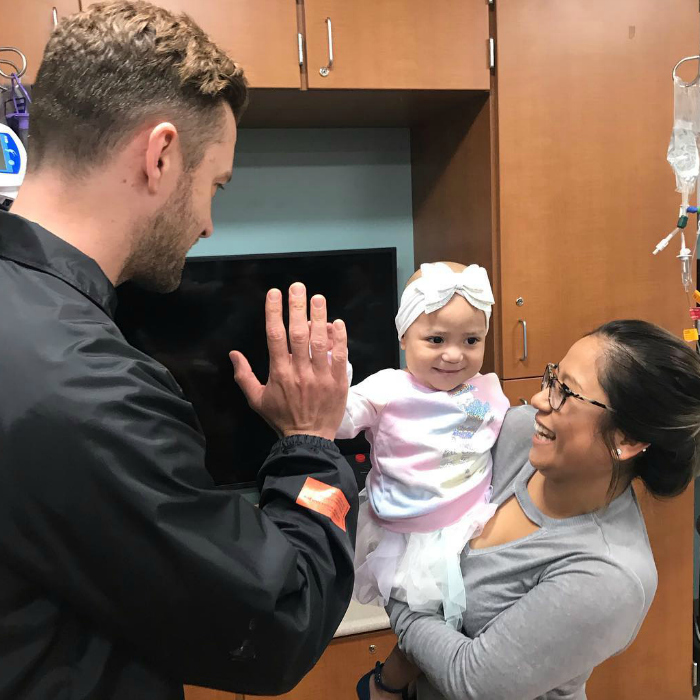 With a smile on his face and an open heart, Justin weaved through the halls of the hospital. He stopped in each room to see the sick children giving them his time and attention. The flurry of social media posts from patients and their families are a clear display of just how much the visit meant to all involved. 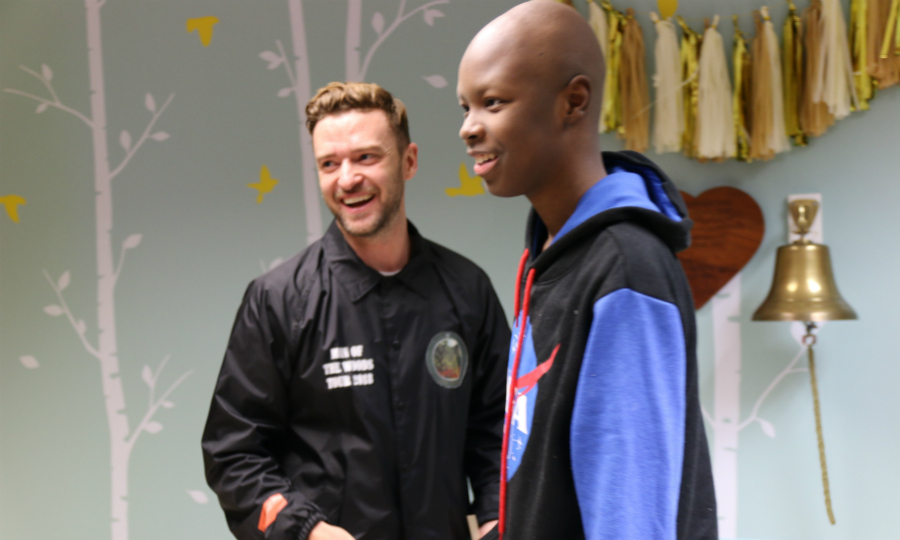 Among the heartfelt moments was Justin's meaningful celebration with a patient named Reggie. "Reggie & Justin Timberlake ring the bell together!" the hospital's official Facebook account shared along with a sweet photo. "The ringing of the bell is a tradition at Methodist Children's Hospital and is a celebration of Reggie finishing his last round of chemotherapy."

Another moving instance was the singer's time speaking with Annabella Lugosi. She took to Instagram to share that Justin popped by to see her son Jackson, but he was still in a post-surgery slumber. "I'm sorry he's asleep," she said to JT, "I'm sure he would have loved to have met you." At that, he replied: "Are you kidding me? You guys are my HEROES. Let that beautiful boy sleep!"

The love didn't stop after he left the hospital, though. DJ Freestyle Steve, who is on tour with Justin and went on the impactful visit, shared that the pair also surprised patient (and number one fan) Maria Lozoya. A sweet video shows how shocked she was to find him entering her hospital room. Of course, not as astonished as when she found out there were more surprises in store! 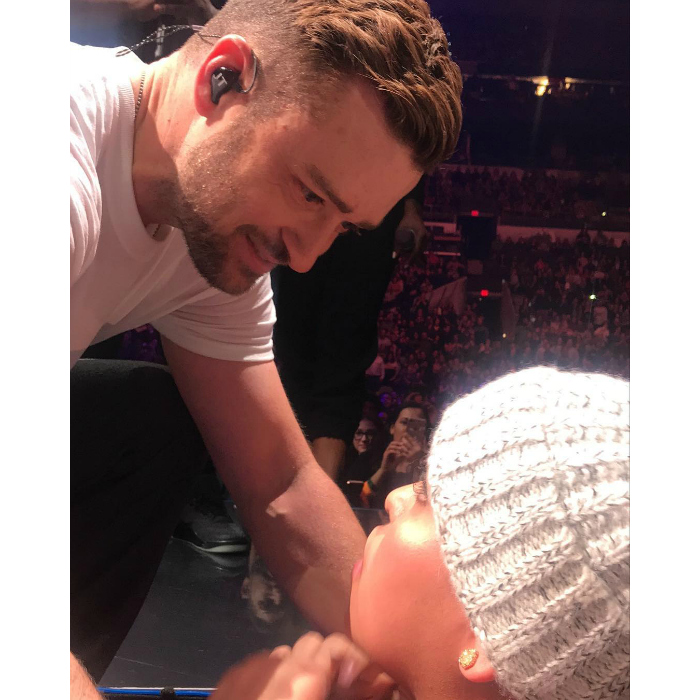 Justin gave Maria a shout-out during the show! Photo: Instagram/@djfreestylesteve

Maria and her friends were treated to a VIP pass for Justin's San Antonio show! Riding in a stretch limo to the AT&T center on Saturday, January 19, the young girl had an unforgettable evening ahead of her. From her front row spot in the crowd to her onstage shout-out from Justin himself, it was truly a special night.

MORE: Life of the party Justin Timberlake stole the show at the Oscars

"@marialozoya1625 is was such a pleasure meeting you," DJ Freestyle wrote on behalf of him and Justin. The whole weekend proved to be a life-changing experience for the tour duo. "The kids are so strong - it's inspirational," Justin could be heard saying in one of the DJ's Instagram Story posts. Clearly it's a mutual feeling, as the children could not be more thankful for his time and presence.