She's back! Sarah Jessica Parker delighted millions of fans on Saturday, January 19 when she teased the return of her iconic alter ego Carrie Bradshaw. The 53-year-old A-lister confirmed that she has stepped back into the sparkling high heels of her beloved Sex and the City character for a very special reason. "My old friend," she prefaced in the caption of her post. "She is making a brief reappearance."

Scroll to see the trending video! 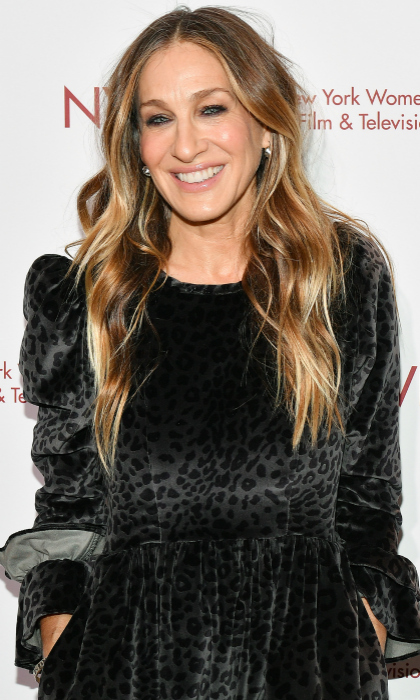 Sarah Jessica Parker is bringing her iconic TV role back to life!

"Partnering with a great brand and supporting a cause we all care about," she continued to write along with the mysterious video. "More to come." The brief clip features SJP - or should we say Carrie? - strutting down the streets of New York City in all her couture glory. And from what we can see, she looks as glam as ever!

Donning a flashy ensemble that could be straight out of an eighties music video, Sarah waltzes down the concrete sidewalk to Warner Brother's salsa sounding instrumentals from the past. The camera dutifully focuses on her ever-feminine fashion, showcasing a pair of delicate white lace shoes, among various statement pieces.

My old friend. She is making a brief reappearance. Partnering with a great brand and supporting a cause we all care about. More to come. X, SJ

No explicit partnership is mentioned in her post, but there is a hint in the final few seconds. "#PourItForward" appears on the screen, a hashtag that Carrie gazes up at. Commenters guess that it must be related to Stella Artois' Water.org partnership, which was co-founded by Matt Damon. The organization aims to bring safe water and sanitation to the world.

Fans and celebrities alike immediately poured their comments over the post, "I miss CB," Andy Cohen wrote along with a heart emoji. Katherine Schwarzenegger was practically left speechless, writing: "Omg, omg omg." Meanwhile, Amy Sedaris commented what we were all thinking: "Tease I want more." Sarah has been an avid philanthropist over the years, so surely whatever is to come will do wonders for the world.