A few hours after posting a photo of himself lying on a hospital bed, Maluma took to social media to explain the reason behind his hospitalization. The Colombian singer shared a message on his social accounts in which he gave fans a report regarding his health status and asked them to pray for him and his quick recovery. With this message, Juan Luis Londoño – the artist’s real name – gave his fans, who were alarmed by the photo where he’s lying in a hospital robe, a sense of comfort. 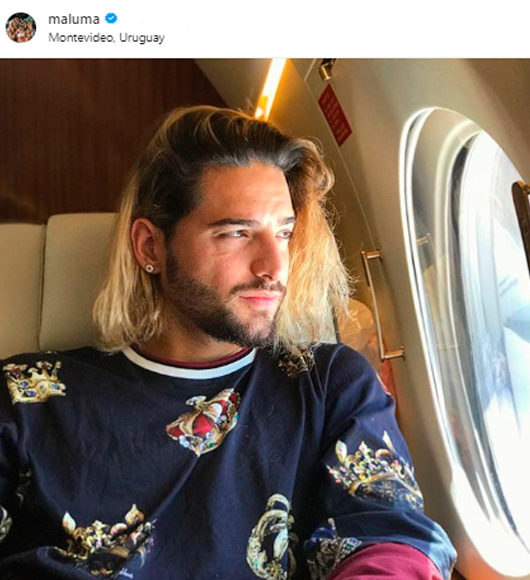 VIEW GALLERY On Monday, Maluma took to social media to share a photo of himself lying on a hospital bed Photo: Instagram/@maluma

In an Instagram story, Maluma shared a message in which he explained he hadn’t brought attention to a knee injury he'd suffered a while back. The singer continued with his daily activities and even went on his international tour, Fame, which he launched last March and which saw him travel to more than 15 countries “Thank you to everyone for your touching messages as I lie in this situation," he said. "I’d been running around with torn ligaments on my right knee for about eight months and just like that I continued doing my daily activities and my entire Fame tour." 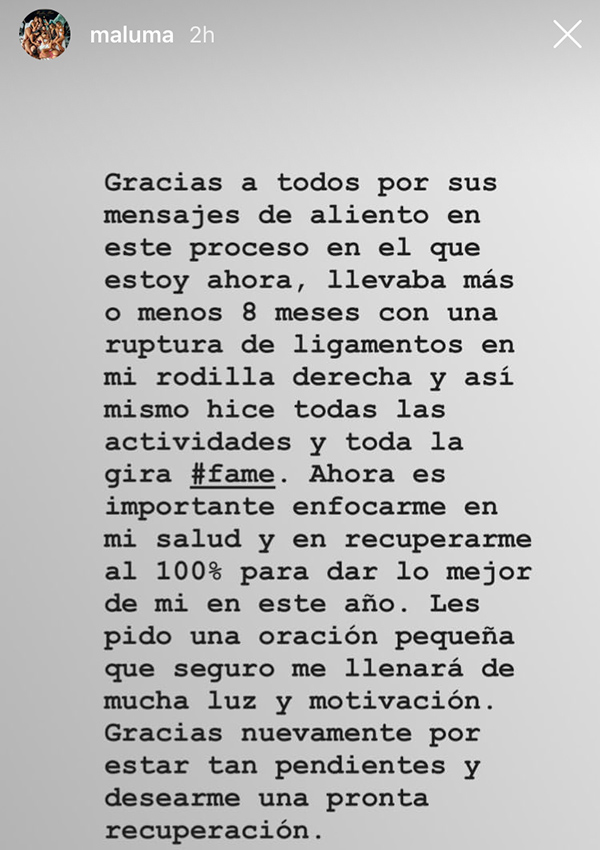 The Colombian singer shared the reason behind his hospitlalization on Instagram stories Photo: Instagram/@maluma

The singer asked his followers to pray for him and thanked them for all their attention towards his condition. “Now it is time for me to focus on my health and get 100 percent well so that I can give my best this year," he said. "I’m asking for a small prayer which will surely fill me with much light and motivation. Once again, thank you for being on top of my situation and wishing me a quick recovery." 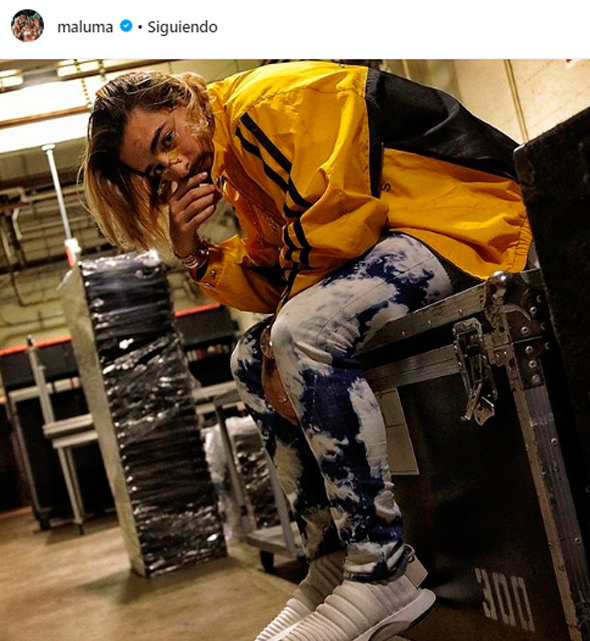 Maluma asked his fans to pray for a quick recovery Photo: Instagram/@maluma

On Monday afternoon Maluma shared a photo from the hospital in which he appeared wearing a surgical robe and hat. Even though he was lying down and surrounded by medical devices, Maluma's cheerful attitude did not falter. He greeted the camera with his tongue sticking out while doing a peace sign and captioned the photo with, “We’re always positive...”

Up until now the photo has more than two million likes and thousands of comments from his fans and colleagues, as well as his inseparable girlfriend, model and DJ Natalia Barulích.

MORE: All the things that make Maluma's life extra spectacular!

It appears one of the singer’s resolutions for 2019 is caring for his health as two weeks into the new year he decided to get the surgery he had postponed due to his heavy touring schedule. Following his December vacation with Natalia in his native Colombia, Maluma finally found the perfect moment for the treatment. According to social media, his upcoming concert dates are in May, so he’ll have enough time to recuperate from his surgery and get back on stage full of energy.