History is happening in Puerto Rico. Lin-Manuel Miranda is using his internationally acclaimed musical Hamilton to assist the devastated country after Hurricane Maria’s rampage. The Pulitzer Prize-winning composer debuted the latest incarnation of his show on Friday, January 11, returning to the title role for this special 17-day run in San Juan. As the area continues to recover, it’s the 38-year-old composer’s hope to call attention to their needs and bring business there, in addition to raising money through the production. This intention is certainly being celebrated, as Lin was immediately met with a standing ovation. 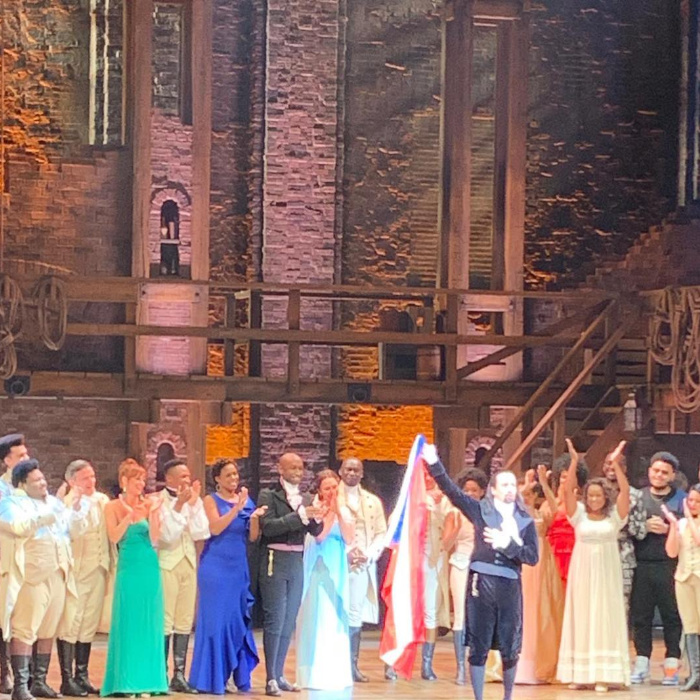 'The room where it happens' in Puerto Rico Photo: Instagram/@shondarhimes

Shimmy McHugh, who owns Club Brava in Puerto Rico, tells HOLA! USA: “As soon as Lin walked out, they had to stop the show, music and everything, because he got a standing ovation.” This clearly moved the artist, with Shimmy saying: “At the end, he was brought to tears.”

“The energy was insane at his first show,” he elaborates. “What he is doing for Puerto Rico is truly amazing.” Shimmy adds that Lin-Manuel, who is an American Express Global Brand Ambassador, and Hamilton have truly been a light in this dark time for the country, saying: “After Maria it’s the brightest thing happening right now.” 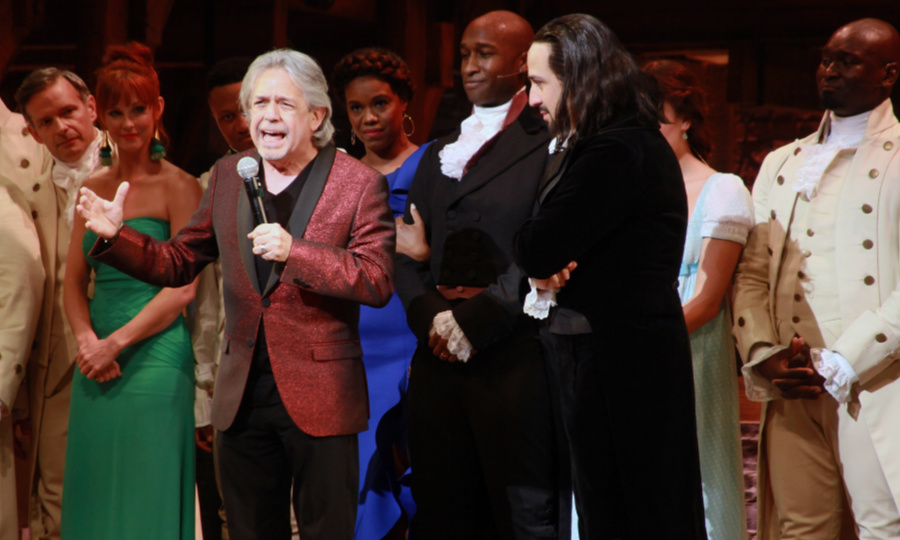 In addition to the gathering of original Hamilton team members, who worked tirelessly to bring the production to Puerto Rico, were a flurry of celebrities. Stars like Shonda Rhimes, Bad Bunny, Questlove and Jimmy Fallon, who stayed at the El San Juan Hotel during his trip, flocked to the meaningful event. The latter is filming a special for The Tonight Show Starring Jimmy Fallon to draw further attention.

RELATED: Listen to Barack Obama on the latest Hamilton remix

Original Hamilton cast members, who have become stars in their own right, like Leslie Odom Jr., Anthony Ramos, Jasmine Cephas Jones and Ariana DeBose were also spotted in the crowd of over 2,000 at the Luis A. Ferré Performing Arts Center. 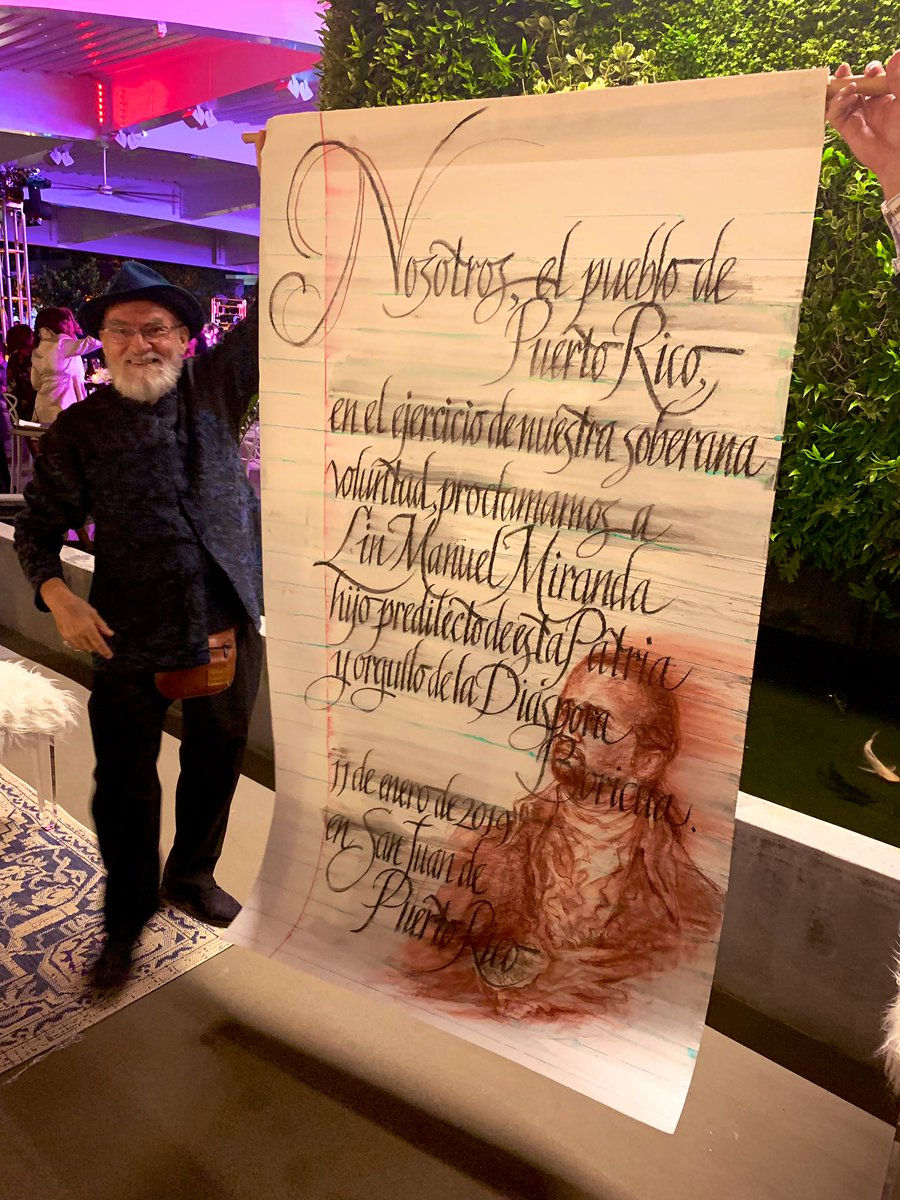 It was an emotional evening all around - which took place on Alexander Hamilton's real birthday, nonetheless - with performers, attendees and fans alike sprinkling their strong sentiments across social media. Of course, no one felt the passion like Lin, who took to Twitter to repost and share the love. “Last night one of Puerto Rico’s greatest most beloved artists, maestro Antonio Martorell, presented me with this original work,” he wrote in one tweet, “and my head still hurts from crying.”