Chris Hemsworth is going for the father of the year award! The Thor star was captured having a sweet moment with his and Elsa Pataky’s six-year-old daughter India. “When your daughter asks you for a horsy,” the Spanish actress captioned the picture. In the photo, the Men in Black: International actor is seen sitting shirtless and assembling a paper horse while his daughter looks on. Keeping with their tradition of not over-sharing their children, India’s face is not shown in the photo. Elsa, 42, and Chris, 35, are also parents to four-year-old twins Sasha and Tristian. 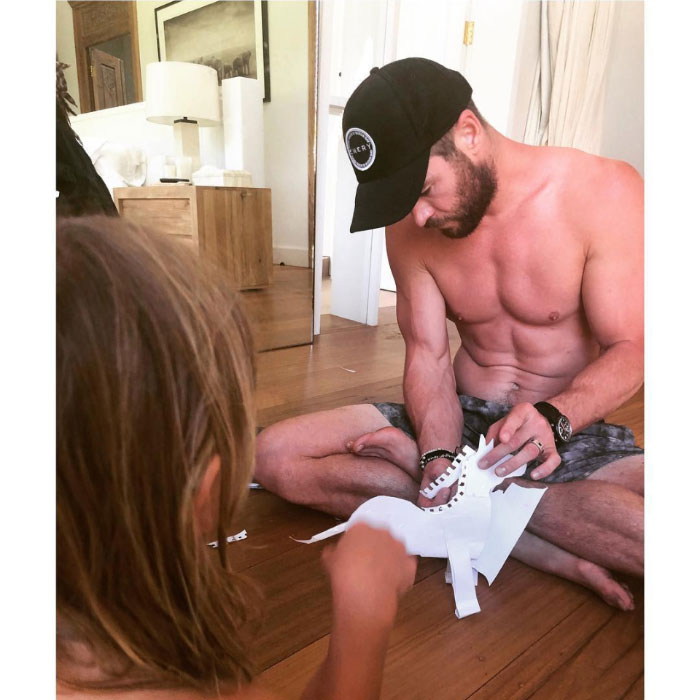 Fans got a glimpse of Chris having another sweet daddy moment in October. The dad is seen holding one of his twin boys, who rocks a pair of sunglasses and a soft arm cast. “Nobody tells you how much it hurts when your kids get hurt,” the Fate of the Furious actress rote next to the photo. Chris also took to his Instagram last year to showcases how much fun he has with his children.

MORE: Chris Hemsworth and Elsa Pataky's kids are superheros just like their dad!

In the video, the Bad Times at the El Royale star playfully sings and dances to his sister-in-law Miley Cyrus’ hit, Wrecking Ball. “What started as a ground-breaking music video ended in a savage attack by a cowardly K9. Never work with kids or animals. #wreckingball #wreckingdog #daddydaycare #murderonthedancefloor @mileycyrus @liamhemsworth.” Chris’ doting dad energy has always been something that drew his wife to him.

MORE: Did Chris Hemsworth and Ryan Reynolds kids get them to switch superhero roles?

According to the actress, who tied the knot with the star in 2010, his love of kids was what drew her to him. "He was a very mature person for his age,” she told GQ. “I could totally feel that he loved kids. And it's something that just melts you, as a woman.” Chris’s love for his kids is also one of the biggest reasons he protects them. 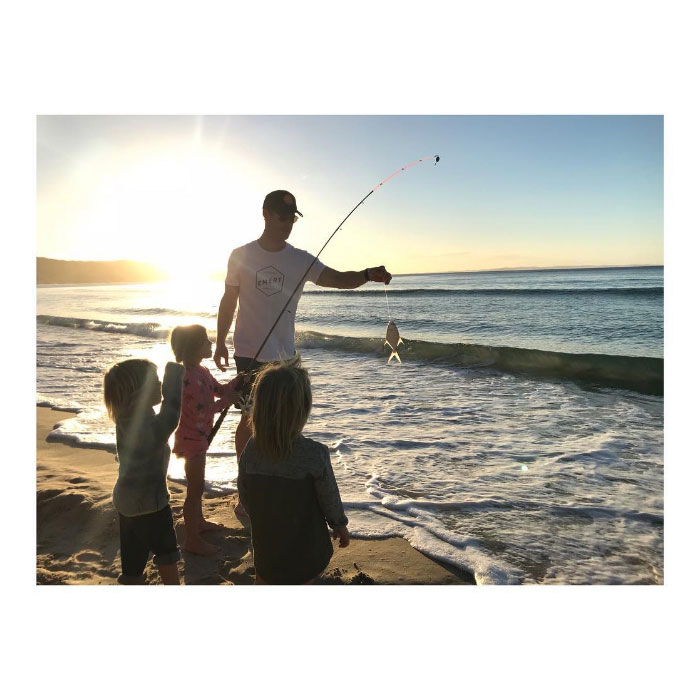 Elsa and Chris are parents to three children Photo: Instagram/@elsapatakyconfidential

In the same interview, the star shared why they don’t show their children’s faces on social media. “The exploitation is something I'm very wary of,” Hemsworth says. “We've been offered things, like ‘Advertise such-and-such and have dinner with your family.’ There's no way.”