If there was any question whether Meghan Markle's royal wedding look was truly iconic, Tiffany Haddish removed all doubt after donning the instantly-recognisable nuptial look while hosting the 2018 MTV Movie & TV Awards. While Black Panther and Stranger Things took the top prizes, the Girls Trip comedian scored all the laughs as she walked down the aisle – well, actually on to the stage! – wearing her own version of the Duchess of Sussex's Givenchy wedding dress and heirloom tiara.

SCROLL DOWN FOR VIDEO HIGHLIGHTS

The actress and comedian looked like a true princess bride in the Morilee by Madeline Gardner creation as she quipped about Prince Harry's L.A.-born and raised wife: “Meghan isn’t the only one who can look good in a dress. She's from my hood – I had to represent.” And – no joke! – future brides can get Tiffany's twinning look for themselves. The Morilee 'Duchess' gown, a "duchess-inspired" A-line dress with bateau neckline and extended train, is available for purchase. 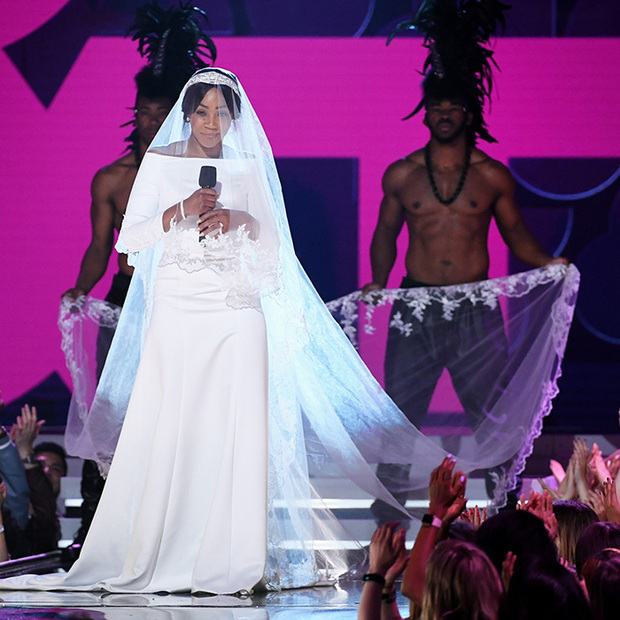 In one of the night's most moving moments, Chadwick gave his Best Hero accolade to James Shaw Jr, who famously intervened when a shooter opened fire in a Waffle House diner in Tennessee in April. "Receiving an award for playing a superhero is amazing," said Chadwick. "But it's even greater to acknowledge the heroes that we have in real life. So I just want to acknowledge somebody that's here today, James Shaw Jr." Addressing James directly, he said, "You saved lives. So, this is gonna live at your house." 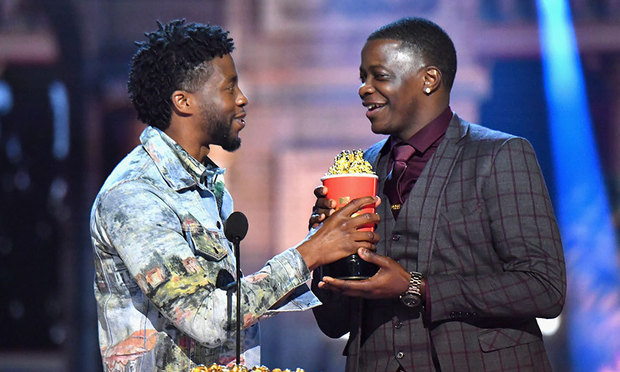 In another emotional moment, Chris Pratt accepted MTV's Generation Award and shared some advice for his young fans. "Nobody is perfect," said the actor. "People are going to tell you, 'You're perfect just the way you are.' You're not. You are imperfect. You always will be. But there is a powerful force that designed you that way. And it loves you. And if you're willing to accept that, you will have grace." 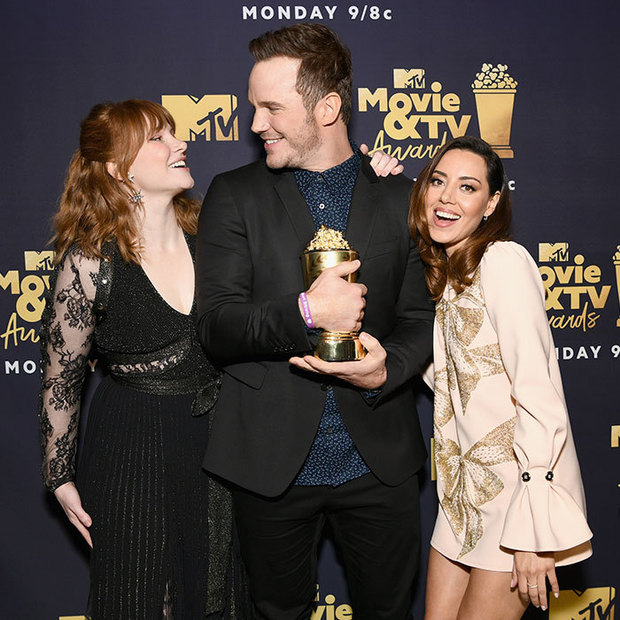 Tiffany, the first black woman to host the awards bash, took on a few more costume changes – including dressing up as Audrey Hepburn at Breakfast at Tiffany's – and also celebrated her own win, Best Comedic Performance for her breakout role in Girls Trip.

The fan-voted awards show was filmed on Saturday, but winners were kept secret until the Monday night broadcast.

Best Reality Series: Keeping Up With the Kardashians