Richard Gere, 68, and Alejandra Silva, 35, may have become Mr. and Mrs. in April in Spain, but their real celebration happened in the beginning of May at their New York home. The couple is now sharing photos and exclusive details with our sister publication HOLA! USA. "I am the happiest man in the universe. How could I not be? Alejandra is beautiful, smart, sensitive, fun...and she's Spanish,” Richard shared.

His pretty bride, whose father is the manager of Real Madrid, also added, "I'm so in love...every morning he asks, 'What would make you happy today?' What's more romantic than a man who composes songs about you every day?" 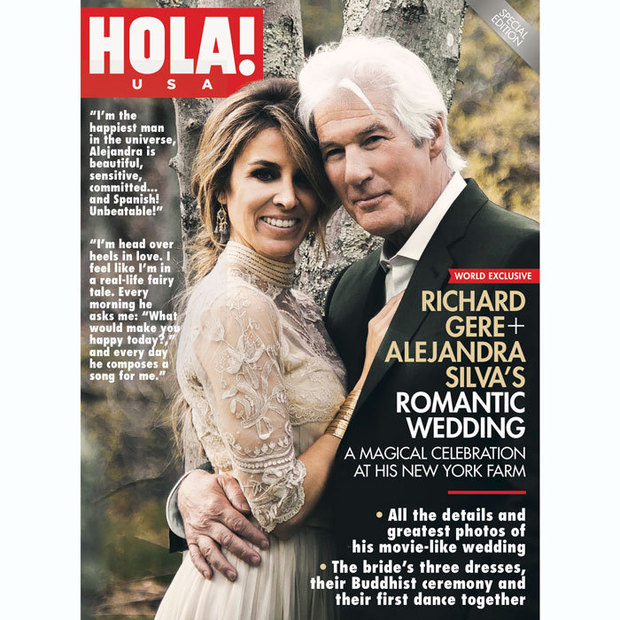 MORE: ALL THE CELEBS WHO HAVE SAID 'I DO' THIS YEAR

Despite their 33-year age difference and the long distance they experienced when they first started dating in 2014 – he lived in New York and she in Madrid – nothing was going to get in the way of their love. Alejandra, who first met her now husband through her family, previously told HOLA!, “I was a little lost, without light, and knowing him gave meaning to my life. It was feeling that someone was reaching out and showing me my true path.”

Their magical wedding had a Buddhist ceremony and three outfit changes for the mother-of-one. This is Richard Gere’s third marriage. He was previously married to Cindy Crawford from 1991 to 1995 and Carey Lowell from 2002 to 2016, with whom he shares 17-year-old son Homer. As for Alejandra, this is her second. She was married to her five-year-old son Albert’s dad Govind Friedland.

For all the photos from their special day visit HOLA! USA.