Priyanka Chopra loves surrounding herself with strong, independent women so it's no surprise that she and Meghan Markle have become fast friends over the years. She even wrote the soon-to-be-royal's Time 100 tribute. "The one thing I wanted the world to know about her is how simple she is to me. She’s a real, relatable young woman," the Quantico actress told HELLO! in NYC on Wednesday. "I wanted the world to see that, because with their fascination with her right now around her wedding and her being inducted into the royal family and all of that, it’s so great, but I just wanted the world to see that she always cared about the world." 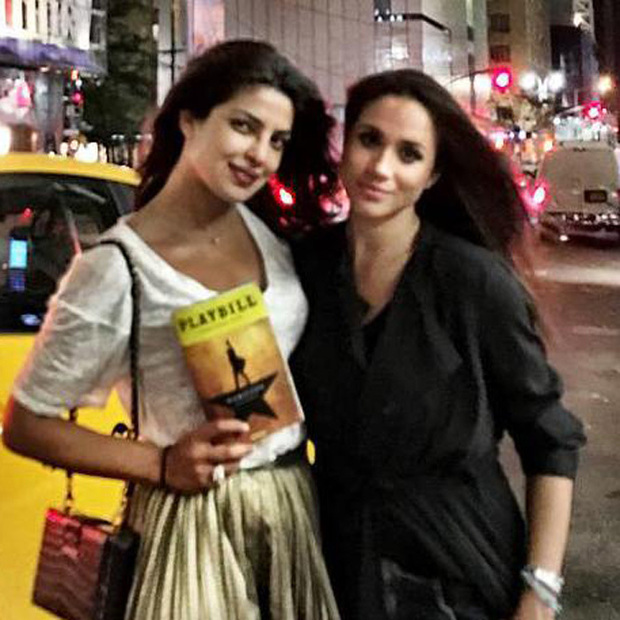 Meghan and Priyanka have known each other for years Photo: Instagram/@meghanmarkle

In fact, even though the 36-year-old actress may have traded her Toronto townhouse for a Palace, she is still very much so down-to-earth. The UNICEF Goodwill Ambassador also noted at the Ciroc and Variety Empowered Brunch that Meghan is "someone who loved grocery shopping and still does."

As evidenced on her former lifestyle blog The Tig and in interviews, Meghan loves food and to cook, after all Prince Harry proposed while they were making a roast. "I really do think that their love story, which is a really good love story for the modern generation, has made a cynical world sit up a bit," the 35-year-old shared. "I think that was important for me to write, to see her standing shoulder-to-shoulder with Harry is such a great example for women to see that we don’t only have to be a plus one. You can have your own identity." 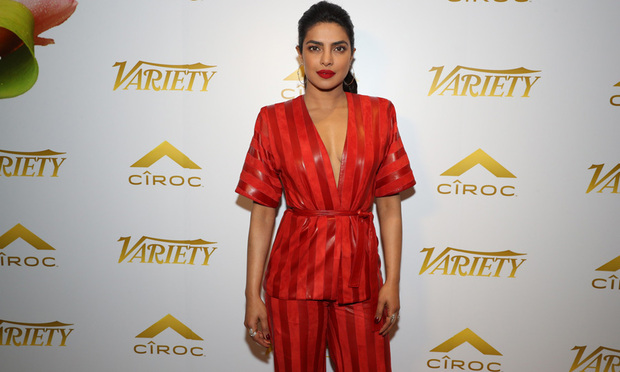 Priyanka says "It’s so important for us girls to stick together" Photo: Getty Images

In the Time's Most Influential People of 2018 essay, Priyanka, who was on the list in 2016, wrote of the Los Angeles native: “Her compassion, evident in the causes she supports, and her drive to break down stereotypes, obvious in her actions, will connect her to a generation in much need of kindness.” She also made sure to reference Prince Harry's late and beloved mother Princess Diana by calling her "a princess for the people."

MORE: Priyanka on who she has looked up to in Hollywood

While the former Miss World champion was coy about the much-anticipated royal wedding on May 19, she did confirm to Us Weekly that she will be there, but she doesn't have her dress picked out yet.