Pippa Middleton is said to be expecting her first baby with husband James Matthews. According to The Sun on Sunday, Pippa, 34, and 42-year-old James, a hedge fund manager, are said to be "overjoyed" with the news. They got engaged in July 2016, and tied the knot at St Mark's Church in Englefield on May 20, 2017. It is believed that Pippa and James recently told close family and friends after the 12-week ultrasound.

Her sister Kate Middleton, who went into labor with her own third child on Monday, "could not have been more delighted", it has been claimed. Kate and Pippa have a very close relationship, and the fact that they shared part of their pregnancies at the same time will no doubt have strengthened their bond even further. 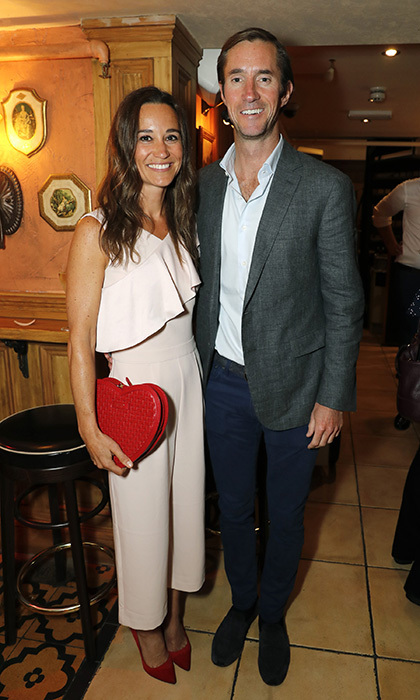 Pippa famously acted as maid of honor at the royal wedding back in 2011, and her sibling was on hand to assist Pippa on her own wedding day last year. The sisters spent a great deal of time together planning Pippa's society nuptials, with Kate and husband William pictured arriving at the couple's home in the lead-up to the big day.

GALLERY: THE BEST PHOTOS FROM PIPPA AND JAMES'S WEDDING 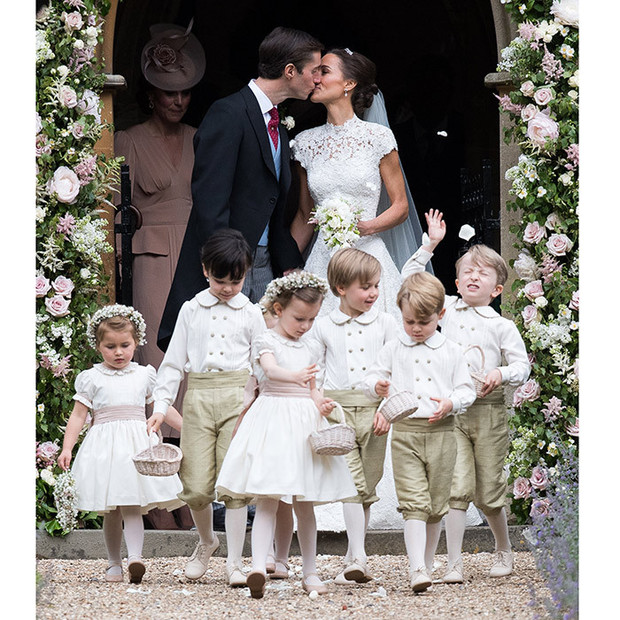 The couple married last year in a wedding featuring Prince George and Princess Charlotte among the attendants Photo: Getty Images

The girls grew up a part of a close-knit family, and their relationship hasn't changed one bit since Kate married into the House of Windsor. In an interview on NBC in 2014, Pippa spoke about her sister, saying: "We have a very normal sisterly relationship. We're very close and we support each other and get each other's opinions."