Elizabeth Hurley says it is "mind-boggling" that her son Damian is 16! In an interview with HELLO!, the 52-year-old actress, whose new movie Phoenix Wilder and the Great Elephant Adventure is in theaters for a special screening on April 16, revealed that she and her beloved only child celebrated his recent birthday in style. "We had a big family dinner for him at home and then went away for a few days," she said. "Being an only child of a single mother has meant that we have spent a great deal of time together. I know he’ll need to leave the nest at some stage, so I’m making the most of the time we still have." 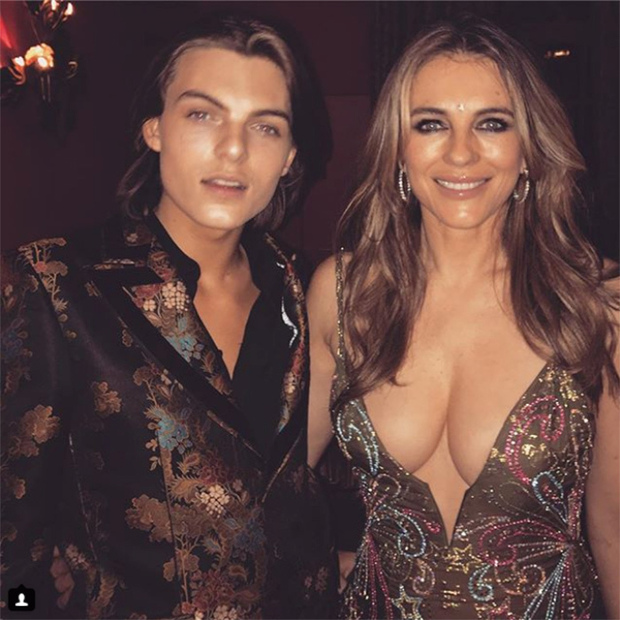 Elizabeth shared this mother-son photo on her Instagram as Damian turned 16 this month. Photo: Instagram/@elizabethhurley

The two are very close, and it even looks like the handsome teen will be following in his mother's footsteps into Hollywood. Elizabeth has worked with Damian on the last two seasons of her show The Royals and says her rising star son "feels very at home on the set." But as a famous actress, does she give him any pointers? "The only advice I gave him was to learn his lines and not be annoying, both of which he managed with aplomb," she said. "I’m a proud mummy.”

And no doubt Damian is proud of his mom's latest film effort, Phoenix Wilder and the Great Elephant Adventure, tackling conservation and the battle to eradicate elephant poaching, which is a topic close to Elizabeth's heart. "I first visited Africa back in the 1990s with the organization Born Free, where I helped liberate some chimpanzees back into the wild in Uganda," she said. "Since then, I’ve been lucky enough to go on quite a few safaris in South Africa and Kenya and I find it simply magical. If we lose elephants, safaris will be very sad affairs. I promised Damian that I’ll take him on a safari after his [school exams]."

Phoenix Wilder and the Great Elephant Adventure will be screened nationwide in a special one day only presentation on World Elephant Day, April 16. To buy tickets and for more information, go to phoenixwilder.com.