Sharon Stone feels lucky to have reached the landmark age of 60, especially following her devastating stroke suffered 17 years ago. “I never guessed I’d be happy turning 60," she told The Mirror. "Let’s be real, it’s old. But it’s the greatest achievement for me because there was a time I wasn't sure if I’d make 50." The star hasn't slowed down despite the lasting effects of her illness – “I had a photographic memory but that’s gone now and I take medication every night to prevent new strokes in the brain," she said – and is a leading lady once again in All I Wish.

The actress was first asked to play the mother in the film – but Sharon had a better idea. Instead, she told Vanity Fair, she set her eyes on the 25-year-old leading lady role and called up the film's director Susan Walter. 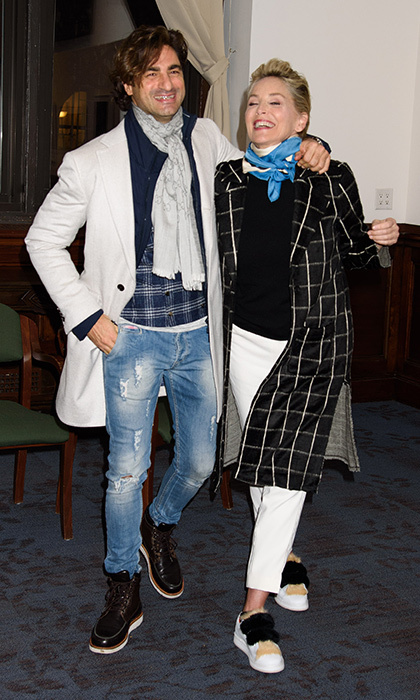 “I said, ‘I think it would be more interesting if I play the daughter," she told the magazine. "I just didn’t feel that having a 25-year-old woman who didn’t have her life together was that perilous. The stakes would be so much higher, and it would feel more important when the protagonist’s mom gets sick if we are older, because this is what happens in real life. This is the stuff we all really have to deal with, and think about, and come to terms with."

No doubt Sharon has brought her experience coping with difficulties in her own life to her latest challenging project. "The fact I’m acting again, and not just in small roles, is a huge win," she told the British newspaper. "It’s true that what doesn’t kill you can only make you stronger."

All I Wish hits theaters on March 30.