Country music star Tim McGraw collapsed on stage during a concert in Ireland on Sunday night, leading his wife Faith Hill to come out and explain his health scare to the stunned audience. Tim, 50, was performing at the Country to Country (C2C) music festival in Dublin when he unexpectedly dropped to his knees while singing his single Humble & Kind. When the singer suddenly sat down on the stage, the concert was halted so he could receive medical attention backstage. Following the collapse, Faith came out to address the audience, and reassured them that the incident was purely down to her spouse being "super dehydrated". "I apologize, but I made the decision that he cannot come back out onstage," she added, to cheers and applause from the understanding crowd. 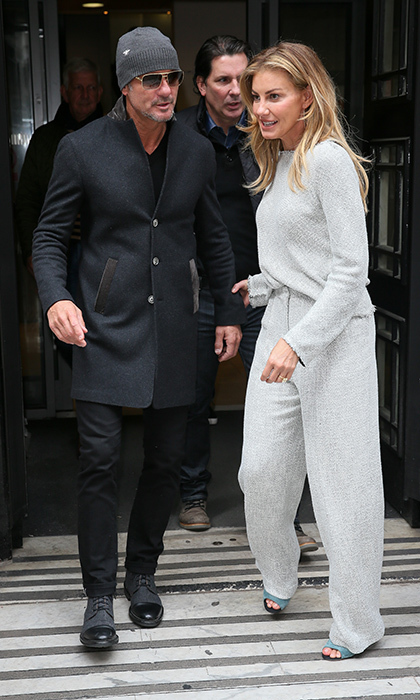 Tim and wife Faith Hill are seen here together on March 8 for a radio show appearance in London, days before his collapse Photo: WENN

Tim's representative later said in a statement to Rolling Stone: "Tim McGraw was suffering from dehydration in Dublin this evening at the C2C show. He was attended to by local medical staff on-site and will be fine. He and Faith thank everyone for their love and support and look forward to seeing their Irish fans again soon." The country star previously performed on Friday in London, as part of C2C's three-day tour in various UK cities. 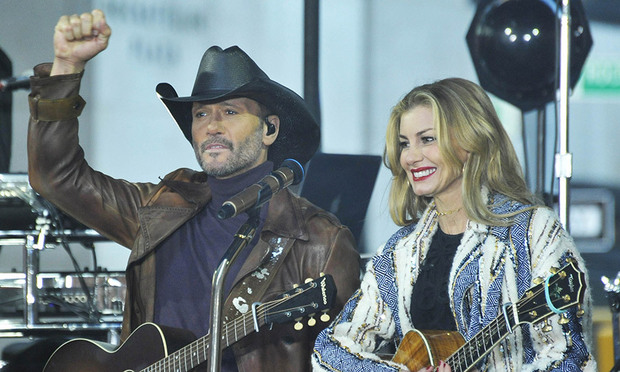 Faith, seen here with her husband on the Today Show in November, came out on stage to apologize for cutting the Dublin show short because of the health scare Photo: WENN

The collapse came at the end of the string of shows in Britain and Ireland so it looks like Tim – who released his first-ever collaborative album with Faith, The Rest of Our Life, in November 2017 – will now have a chance to get some rest. He's not scheduled to take to the stage again until May 31, when he's on the bill for the Soul2Soul tour in Richmond, Virginia, alongside Faith.