In further evidence that Angelina Jolie and Brad Pitt are truly moving on after their breakup, the actress has officially removed the reference to her estranged husband from the name of the U.K. company that backs her charitable efforts. The film director filed documents with officials at Britain's Companies House on Monday, changing the name of the firm from JP. D.H. Ltd to simply J.D.H. The initials in the company's name now refer only to the surnames of the company's three directors – Angelina and her close confidants and advisers, Arminka Helic and Chloe Dalton – with Brad's initial removed.

MORE: BRAD AND ANGELINA'S FINAL MONTHS TOGETHER IN PHOTOS

The 42-year-old actress has been increasingly focused on her charitable efforts in recent years, teaming up with her JDH co-directors, both ex-aides to former British Foreign Secretary William Hague with whom she had close dealings as Special Envoy for the United Nations High Commissioner for Refugees. They have accompanied the mom-of-six on several trips related to her UN role and other charity work. 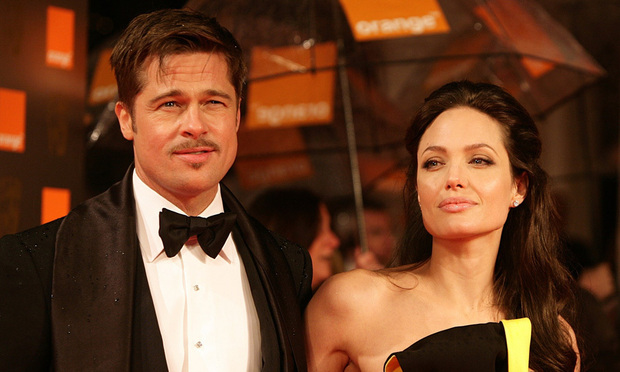 The couple split in 2016, but their divorce has not yet been finalized Photo: Getty Images

At least one of Angelina and Brad's joint projects is still in tact, however. While together the couple went into the wine business, purchasing the $80 million, 1,100-acre Chateau Miraval in France and releasing their first wine in 2013. In February 2018, a source told People that despite the high profile breakup “nothing has changed" in the winery's status and the plan has been to keep the property "an investment for their children."

RELATED: ANGELINA JOLIE ON HER SECRET TO AVOIDING AN 'EMPTY LIFE' 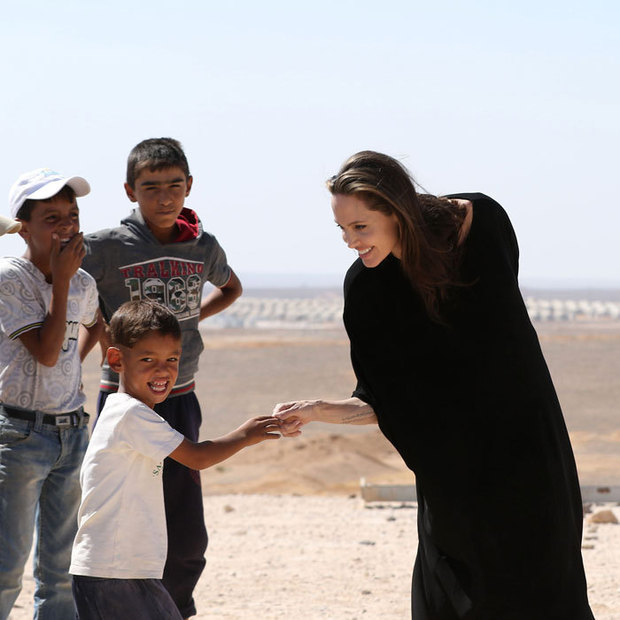 Angelina dropped Brad's initial from the name of the UK company that backs her charity efforts Photo: Getty Images

RELATED: A TIMELINE OF BRAD AND ANGELINA'S BREAKUP

Brad and Angelina, who have six children together, announced they were planning to divorce in 2016, but have yet to finalize details of their split. As part of her new start, Angelina bought a $25million Los Feliz home for herself and the couple's children. Brad meanwhile, has slowly been returning to the spotlight, making a low-key appearance at a pre-Oscars 2018 Gersh Agency bash.

Single mom Angelina recently told Deadline that she does all that she can to ensure she's contributing to the "bigger picture" in life. "We're all trying to find balance, as people," she said, later adding: "If you aren't participating in the bigger picture of life, and in being somehow useful, and you aren't doing something and growing, then really, you'll find you're not very happy. Really, you'll have quite an empty life."