Sunglasses are optional. The rest is legendary, the stuff of which our most enduring icons are made: that Little Black Dress, wrapped on an elfin frame and teamed with a tiara’d updo, a string of pearls on a swan-like neck, and an outrageously long cigarette holder. It will go down as one of the most unforgettable ensembles of all time, a trendsetting look that Audrey Hepburn, with her blend of feminine allure and childish innocence, her Bambi eyes and impish smile, turned into an instant, and eternal, classic. Kooky party girl Holly Golightly in 1961's Breakfast at Tiffany’s was just one of the roles that won Audrey the hearts of generations of movie goers and made her a style icon. Indeed, her story is the story of Hollywood itself. Yet she was so much more than silver sceen royalty or style touchstone. Two and half decades after her death on January 20, 1993, she remains one of the world’s most beloved women, recalled as a loving mother, a tireless humanitarian, and as a Cinderella who awakened in normal women giddy dreams and a sense of real opportunity in a fast-changing world. Most remarkable, though, is the way that each new generation discovers Audrey, a woman whose outer beauty reflected the beauty within, and a luminous presence undimmed by time. 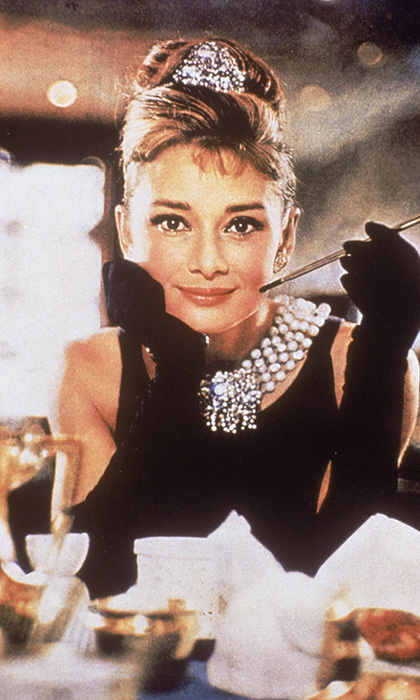 Audrey's roles in films like Breakfast at Tiffany's made her a movie icon Photo: Getty Images

“I’m half-Irish, half-Dutch and I was born in Belgium. If I was a dog, I’d be in a hell of a mess!” she joked of her background. The only daughter of a Dutch aristocrat and her Anglo-Irish husband, Audrey was born in Brussels on May 4, 1929, and from an early age dreamed of becoming a ballet dancer. Her parents having separated, she was living in the Netherlands with her mother when World War II broke out. During five years of Nazi occupation, the family suffered greatly. “There was always a cloud of fear and repression,” she said years later. Like many wartime children, she suffered malnutrition, with the family surviving on flour made from tulip bulbs. 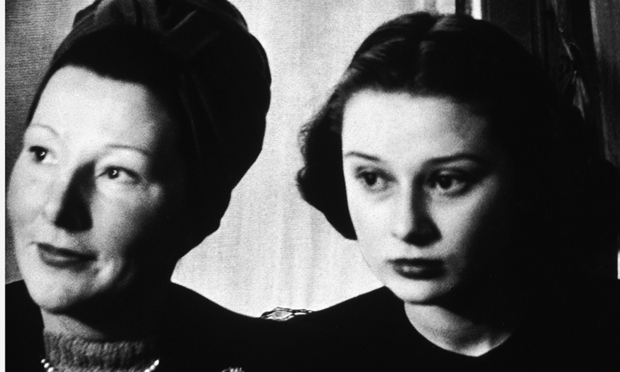 Even after liberation, malnutrition had left Audrey, then 16, suffering from acute anemia, respiratory problems and edema – swelling of the limbs – which scuppered any future career as a prima ballerina. But her self-reliance – “If you need a hand, you’ll find it at the end of your arm,” she once said – her irresistible can-do spirit and joie de vivre had survived the war.

She headed for London, where she pursued her dance career, taking jobs in modelling, acting and films on the side. Audrey’s fairytale break came in 1951. Shooting a second-rate movie on the Riviera, she was spotted by the grande dame of French letters, Colette, who was on the hunt for an actress to star in the Broadway production of Gigi, her story of a Parisian ingenue. Captivated by Audrey’s beauty – “Like a fawn caught drinking from a creek,” as her son Sean would later describe her – she offered her the role. 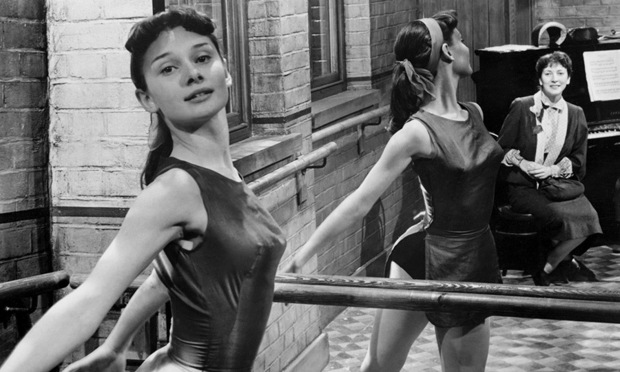 In no time at all, Hollywood’s top directors were queuing up. In 1953, William Wyler sent the young star on her Roman Holiday, the beguiling story of a lonely Princess who plays truant for 24 hours and discovers romance and herself. This carefree caper earned her an Oscar at the age of just 24. “She’s a wispy, thin little thing,” director Billy Wilder wrote, “but you’re really in the presence of somebody.” Audrey played the chauffeur’s daughter in his rags-to riches tale Sabrina. 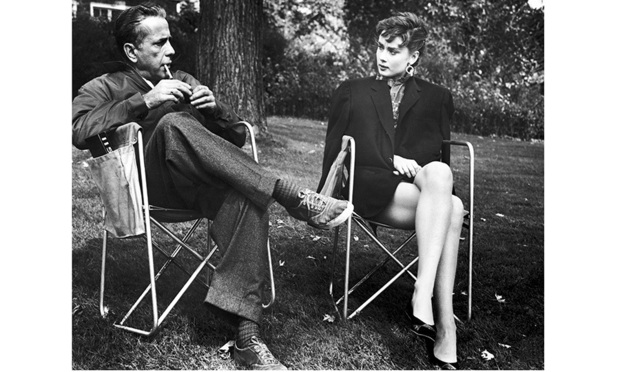 Audrey seen with co-star Humphrey Bogart on the set of Sabrina Photo: WENN

That same year, 1954, she wed Mel Ferrer, an actor with a thoughtful, aristocratic air: “I thought he was so serious. He didn’t smile. I liked him…” she recalled of their first meeting. By now she had emerged as one of Hollywood’s most distinctive leading ladies, standing out from the buxom crowd. Waiflike and wistful, refined and Peter Pan-ish, with a dancer’s feline grace, she didn’t have the hourglass figure of Marilyn Monroe, the sass of Jane Russell or the smoulder of Sophia Loren. But that was the point. The average woman found it impossible to emulate these screen sirens. Audrey, however, made movie star style accessible to anyone who could afford, or make, a little black dress. She showed that it was stylish to wear flats in an era of sky-high heels, and took a refreshing stand on looks. “Makeup can only make you look pretty on the outside, but it doesn’t help if you’re ugly on the inside. Unless you eat the makeup,” she quipped.

RELATED: Breakfast at Tiffany's and 9 more movies for style inspiration 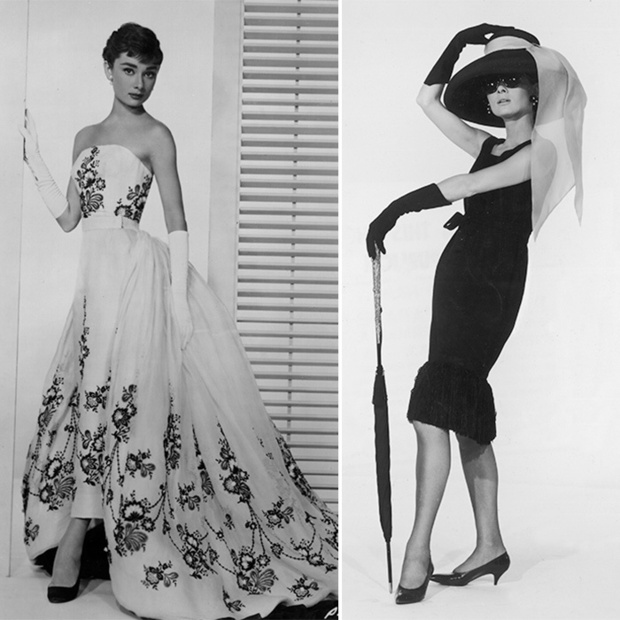 Audrey's teaming with designer Givenchy lasted throughout her career. Here, she's seen in his creations in Sabrina and Breakfast at Tiffany's, right Photos: Getty Images, WENN

Helping her look her best outside was legendary couturier Hubert de Givenchy, who first dressed her for Sabrina. The pair shared an understanding of the need for clothes that were simple, comfortable and chic. “It was a kind of marriage,” he was to say later of their relationship. Simple the dresses may have been, but on Audrey they were also aspirational, whispering to women of fun and freedom as the 1960s dawned. 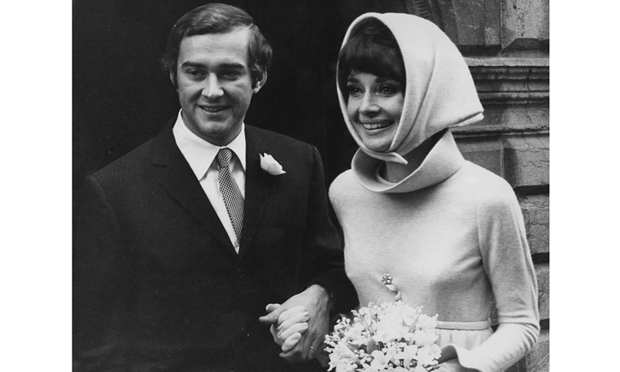 Off screen, Audrey was also transforming: from star to mother and wife. “I had to make a choice at one point in my life,” she said, “of missing films or missing my children. It was a very easy decision to make.” After the heartbreak of two miscarriages, she gave birth to her son Sean in the summer of 1960. But she and her husband were growing apart, with some saying he felt overshadowed by her success, others claiming he tried to control her. Their 14-year marriage finally ended in 1968. Audrey met her second husband, Italian psychiatrist Andrea Dotti, on a Mediterranean cruise. They wed in 1969 and welcomed a son, Luca, a year later, to Audrey’s delight. However, she once more saw her marriage founder, marked by Dotti’s frequent affairs. She stayed with him until 1982, when she felt that their son was old enough to cope with divorce. 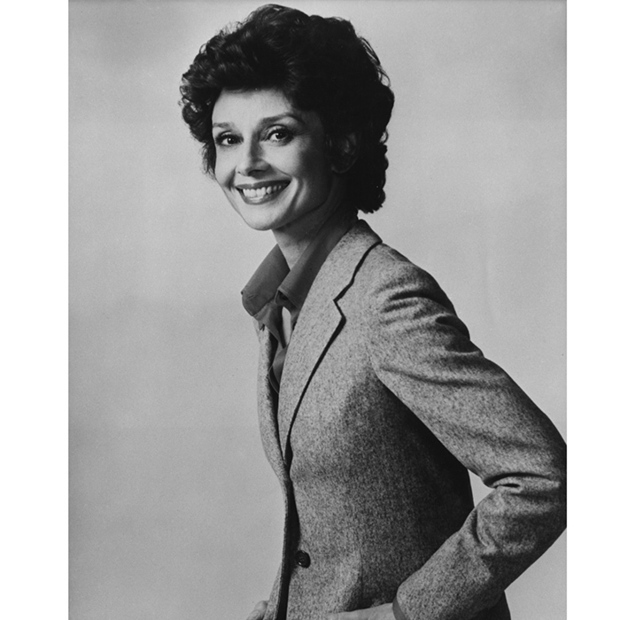 Flashing her unforgettable smile in 1979 during a photoshoot for Bloodline Photo: Getty Images

It during the 1980s that Audrey, instead of settling into a well-deserved retirement, took on the challenge that was to occupy the last five years of her life: Special Ambassador for UNICEF. She had never forgotten her own traumatic childhood. “I was one of the tens of thousands of starving children in war-ravaged Europe to receive aid from UNICEF, immediately after our liberation. That liberation freed us from hunger, repression, and constant violence,” she explained. She brought not just dedication, but joy to her work, treasuring her encounters with children around the world. 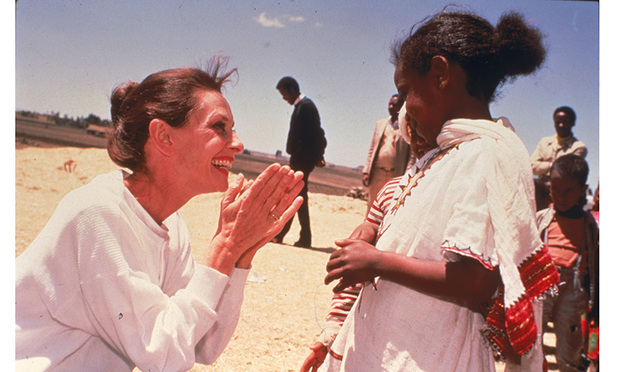 The film star meets locals during her first-ever trip as a UNICEF Goodwill Ambassador, traveling to Ethiopia in1988 Photo: Getty Images

Her sons have paid tribute to her as a wonderful mother, who stretched out her arms not just to them, but to children everywhere. As Sean recalls: “Mummy believed in one thing above all: she believed in love. She believed love could heal, fix, mend, and make everything fine and good in the end.” 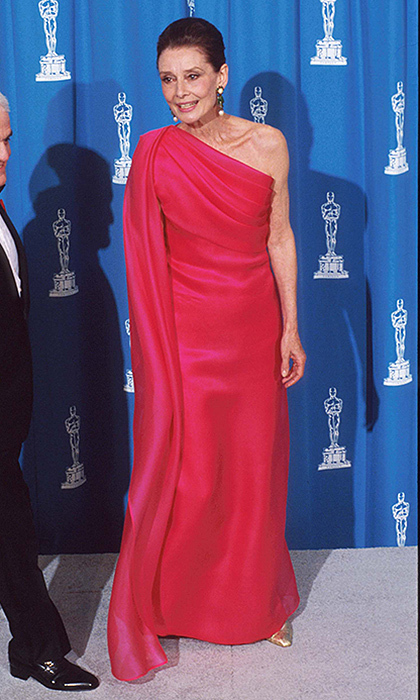 Audrey was as beautiful as ever at the 1992 Oscars, the year before she passed at the age of 63 Photo: Getty Images

From 1980 until her death, Audrey was in a relationship with Dutch actor Robert Wolders, and called the years spent with him the happiest of her life. Sadly, they were to be all too short. He and her sons were by her side when she died of colon cancer in 1993, at the age of 63. She spent her final days enjoying her family and garden at her Swiss home, aware, as the end approached, of what is really worth cherishing. “The best thing to hold onto in life,” she once said, “is each other.”