While meeting Tom Hanks always proves to be a memorable experience, the Oscar-winner gave two fans an extra special moment on Saturday, November 4. During his sold-out talk at the Texas Book Festival, the 61-year-old actor helped a couple get engaged! The magical moment, which seemed straight out of one of the star’s romantic comedies, came toward the end of his question-and-answer session. The A-lister remarked that he was bored of being asked questions, saying that he wanted to instead pose one himself. “Here's Ryan's question, and it's for Nikki Young,” the talent said with a grin. “Nikki, will you marry me?” At this, Ryan McFarling, who sat in the front row with his girlfriend Nikki, got down on one knee.

scroll down for video 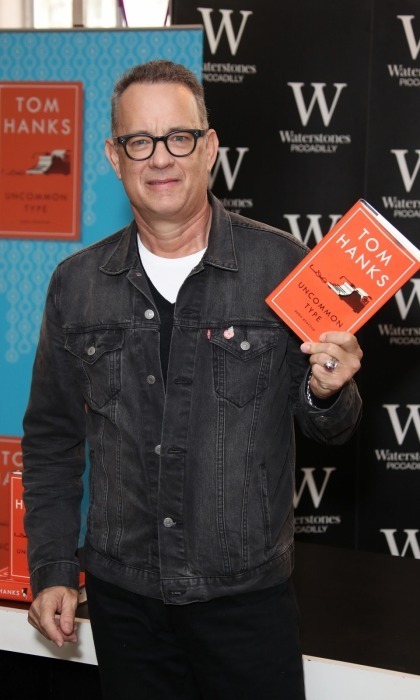 Nikki Young was stunned after hearing the celebrity pop the question on behalf of her boyfriend. She, of course, said “yes,” as the crowd of over 1,000 attendees cheered around them. Tom ushered the couple on stage where he happily gave them hugs and took photos with them. “We can all agree,” Tom said motioning to Ryan. “This is one lucky man.”

On the heels of this unforgettable moment, HELLO! caught up with Nikki, who is a self-proclaimed “fangirl” of Tom. “Everyone close to me knows how much I love Tom Hanks and have quite the collection of Tom Hanks movie memorabilia,” she told us. “I am typically the planner and producer - not this time. I had no idea! I was already stoked just to get to go to the event!” 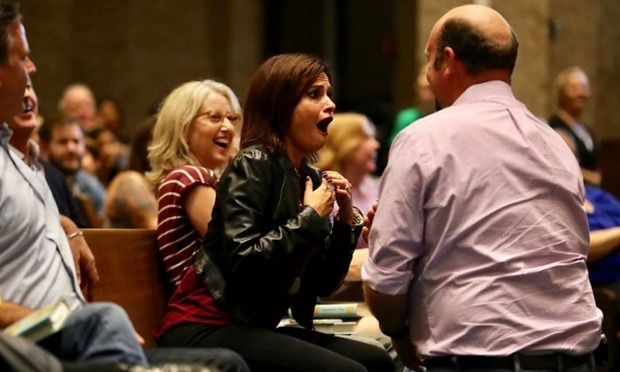 “Ryan worked out the planning with Chris Rios of Texas Capital Bank, who coordinated with the Texas Book Festival folks who coordinated with Tom Hanks and his folks,” the bride-to-be said of her now fiancé. “Both Ryan and I are romantics so getting to have an opportunity to have Tom Hanks star in our love story is the best gift ever!” 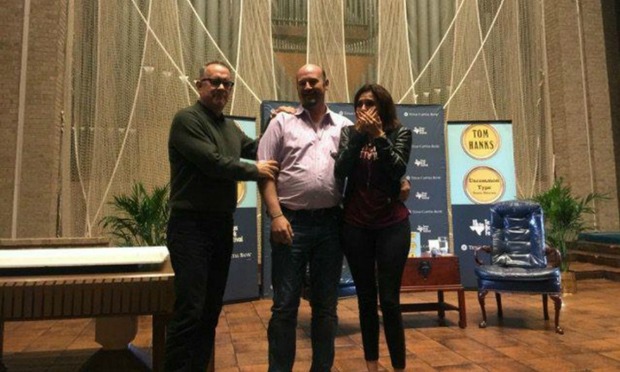 Nikki Young was shocked when her idol Tom Hanks helped with her proposal Photo: Ryan McFarling

The Forrest Gump star kept it real with the couple: “Tom Hanks told Ryan he was pretty ballsy and told me I could say no if I wanted to,” Nikki said laughing. She also touched on what it would be like to have him officiate or even just attend her special day. “That would make this fangirl forever grateful if that could happen!”

Tom was at the festival in downtown Austin to read from his collection of short stories, titled Uncommon Type, with Pulitzer Prize-winning writer Lawrence Wright. The actor's highly-anticipated appearance was already the biggest draw for the festival's opening day. The premier weekend event also featured a discussion with former President George W. Bush's famous daughters: Barbara Pierce Bush and Jenna Bush Hager, who presented their book Sisters First in a session moderated by Brooklyn Decker.