After a gunman opened fire on Las Vegas crowds attending the country music Route 91 Harvest Music Festival, country music star Jason Aldean, who was performing on stage at the time of the shooting, took to Instagram to confirm that he and his crew are safe after a night that was "beyond horrific". A "lone shooter" killer fired into the throngs of concertgoers at 10pm on Sunday night from an upper floor of the Mandalay Bay Hotel, killing more than 50 people and injuring over 400. 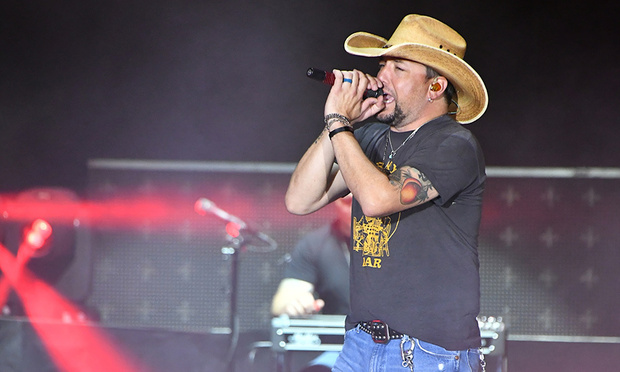 Jason Aldean, seen here performing during the concert on Sunday night, wrote that he was 'heartbroken' after the attack Photo: Getty Images

The star wrote: "I still don't know what to say but wanted to let everyone know that me and my crew are safe. My thoughts and prayers go out to everyone involved tonight. It hurts my heart that this would happen to anyone who was just coming out to enjoy what should have been a fun night."

Tonight has been beyond horrific. I still dont know what to say but wanted to let everyone know that Me and my Crew are safe. My Thoughts and prayers go out to everyone involved tonight. It hurts my heart that this would happen to anyone who was just coming out to enjoy what should have been a fun night. #heartbroken #stopthehate

ONE LOVE: THE HIGHLIGHTS FROM ARIANA GRANDE'S MANCHESTER BENEFIT

Sheriff of Clark County Joe Lombardo has confirmed that the suspect was killed. In a press conference, he said: "At approximately 10:08pm we had calls coming of multiple shots being fired from the Mandalay Bay hotel towards the Route 91 concert, on the East side of Las Vegas Boulevard. There was a shooter on 32nd floor of the Mandalay Bay. Officers engaged the suspect at that location. He is dead. He has been identified. He is a local resident. I will not release his name at this time." 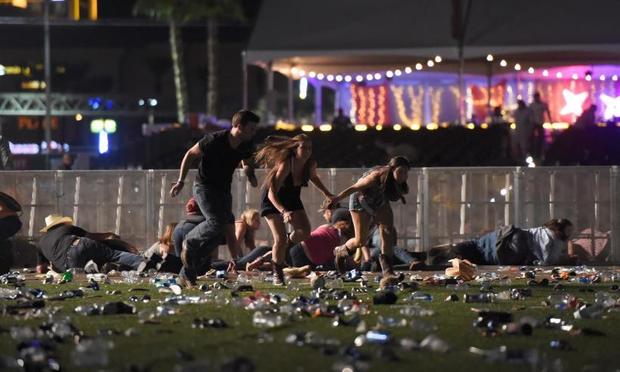 He continued: "We do not know what his belief system was at this time. We believe he is the sole aggressor at this point and the scene is static… Right now we believe it is sole actor, a lone wolf type actor and we have the place under control."

Singer Jake Owen, who had performed just before Jason Aldean, also tweeted his shocked reaction. "Praying for everyone here in Vegas. I witnessed the most unimaginable event tonight. We are okay. Others arent. Please pray, he wrote. "Gun shots were ringing off of the stage rigging and road cases. No one knew where to go..thank you LVPD and responders for keeping us safe." 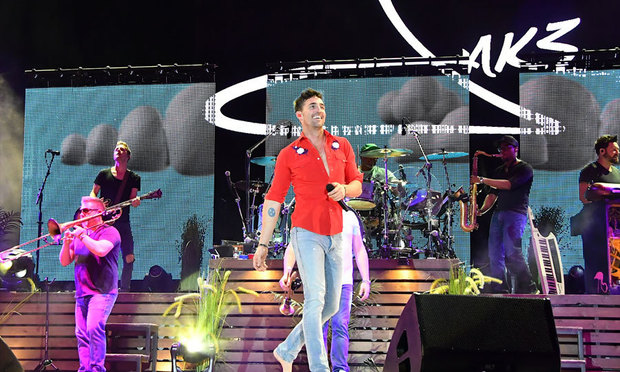 The dad-of-one recounted the incident hours after taking the stage. “All of a sudden, you heard what sounded – like, ‘Was that gunfire?’ – and it got faster and faster, almost like it was an automatic rifle. You could hear it ringing off the rafters off the top of the stage," he told NBC's Today. "That’s when you saw people fleeing. At that point, everyone onstage just started running everywhere possible. At one point, I was crouched down behind a cop car with about 20 other people, that were people who had just come to the show."

Praying for all the innocent victims and their families in Las Vegas - Céline xx... #LasVegas

Some of Las Vegas' most iconic performers have spoken out on social media, sending prayers and condolences to the victims. Celine Dion, who is scheduled to continue her residency at Caesar's Palace on Tuesday, was among the stars sending her prayers, as was Mariah Carey, who is set to kick off her Christmas show run at Caesar's in December.

Horrified to hear about the shooting in #LasVegas. My thoughts are with the victims and their families. Praying for everyone's safety 

Woke up to such horrible news. We are praying for the victims and their families. May the Lord bring some comfort to them.

There are no words to express the helplessness and sorrow my broken heart feels for the victims in Vegas and their families.

Oh no! How can this be happening? I am praying for the families and friends of those who were shot.  #route91 #lasvegas https://t.co/FPoLYPhVZs

Heartbroken by the news out of Las Vegas.
Praying for those of us waiting for news from loved ones who went to hear live music on a Sunday.

I feel like every day is more shocking and sad...My heart is broken for all the victims of last night's shooting in Vegas, & their families

Woke up to the heartbreaking news from Las Vegas, my thoughts are with everyone and their families. Love. H

My heart goes out to all of our friends, @jasonaldean, our music family and fans in Las Vegas. I'm praying for your healing. I pray God puts his arms around you. This is so sad and devastating. I can't understand it. #prayforvegas #prayforpeace

We are devastated by the news from Las Vegas this morning. Our hearts and prayers are with everyone affected by this tragedy. Our fans are our family - we love you all.

Las Vegas is like a second home to me. I’m utterly devastated by the tragedy of last night’s shooting. My thoughts and prayers are with the families and loved ones of everyone affected by this horrific act. And I continue to pray for a more peaceful and tolerant world.

Completely heartbroken over the news this morning. Keeping the victims of last night's tragedy in Las Vegas in my prayers  #PrayForLasVegas‬

I ❤️ Las Vegas...feeling so broken this morning

My thoughts and prayers are with everyone and their loved ones. #PrayForVegas 