Winning MTV’s “Michael Jackson Vanguard Award” is an honor, and Pink, the 2017 winner, fully understands that. The singer’s six-year-old daughter, on the other hand, isn’t as easily impressed. Pink, who dedicated her incredibly touching acceptance speech to her beloved Willow at the Video Music Awards, opened up about the moment while recently on The Ellen DeGeneres Show. 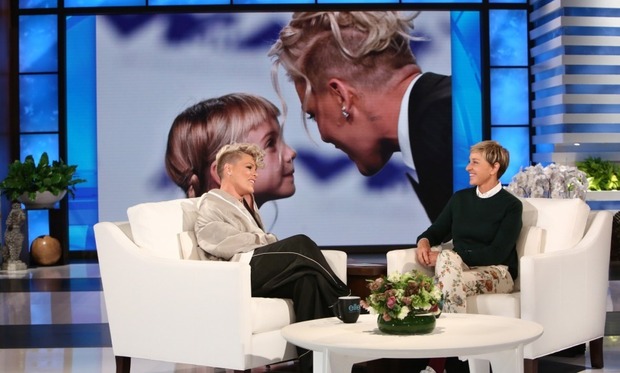 When host Ellen asked the 37-year-old entertainer if she knew her speech would receive such positive attention, she replied: “No and my daughter was incredibly unimpressed by me.” The star, who was later joined on the show by fellow guest Reese Witherspoon, continued to say: “I was like, ‘Babe are you excited about today? I’m going to win an award and I’m going to do a show.’ And she goes, ‘Exactly how many minutes after you sing does my sleepover start?’ I was like, ‘Dude, can you pretend to be excited for me?’”

Pink’s amazing speech dealt with the importance of people staying true to themselves and was inspired by something her daughter said. “I was driving her to school and out of the blue she just said, ‘Mama’ I said, ‘Ya babe?’ She goes, ‘I’m the ugliest girl I know’ and I was like, ‘What are you talking about? You’re incredible. I made you, you can’t say that!’ No, but actually I didn’t say anything because I was so speechless and I didn’t want to mom her and start preaching to her and not be affective at all so, I just stayed quiet.” 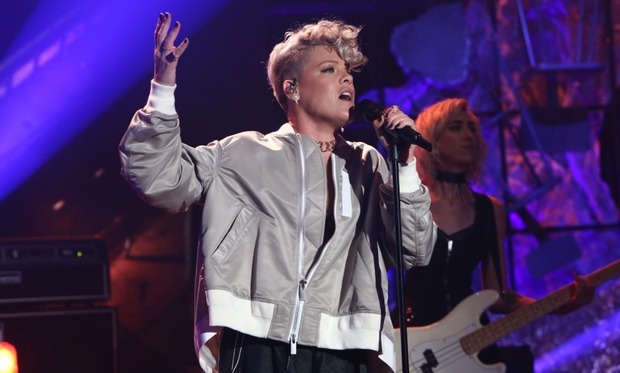 “And I said, ‘Why do you think that? Did someone say that to you? What’s happening?’ And she’s like, ‘I just look like a boy with long hair.’ And so, I just didn’t say anything. I didn’t know what to say. And I went home, I cried, and I made this Word document and…” Ellen, who presented the musician with her award, then stepped in saying: “You gave kind of examples of everyone who looks different and everyone who is powerful in the world, including yourself like selling out stadiums and you do not conform to try and look like anyone else.”

“I will not. I will not,” Pink continued. “And I get my feelings hurt. I get my feelings hurt all the time – it hurts. It doesn’t feel good to hear mean things about yourself, but if you’re human you’re going to hear it. If you’re past the age of 12 you will at some point be heartbroken by someone else. So, I’m just trying to make her more resilient.”