Love on (crop) top! Beyoncé showed off her enviable post-pregnancy body at Kendrick Lamar’s concert in L.A. on Sunday. Less than two months after giving birth, the mom-of-three teased with a glimpse of her flat tummy, wearing a crop top for the occasion. On Wednesday, the 35-year-old megastar took to her official website to share the hot weekend pics, breaking down the concert look for her fans. 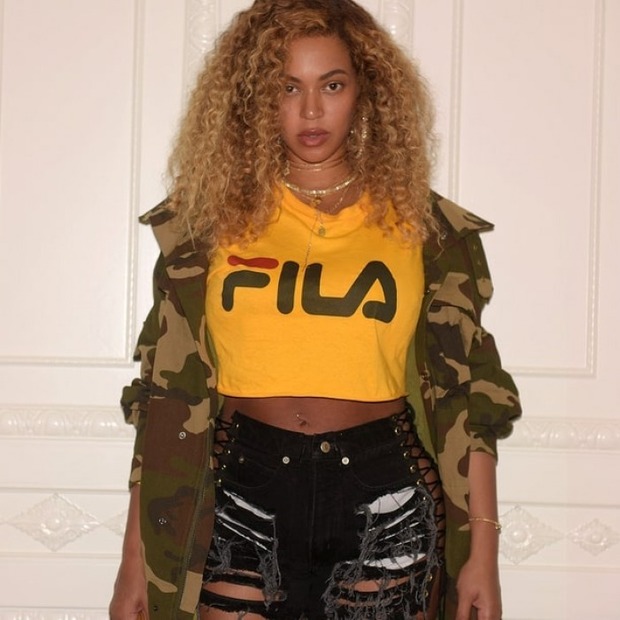 Beyoncé showed off her post-baby body at a Kendrick Lamar’s concert Photo: beyonce.com

Queen Bey sizzled in a long-sleeved mustard yellow crop top by Fila (which retails for $60) and Coal 'N Terry high-waisted cut-off shorts with lace-up sides ($98). The Formation singer also wore a camouflage jacket by Mistress Rocks ($114) and a slick pair of yellow-stitched leather boots DSquared, which can run upward of the thousand-dollar range. 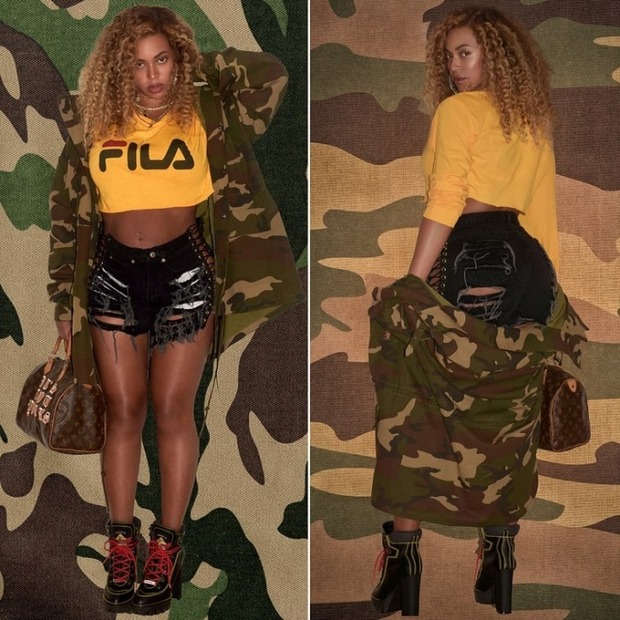 The trendsetter accessorized her rockin’ look with various gold choker necklaces and sparkling diamond hoop earrings. She also had on several chic rings and a cute bellybutton piercing. To top it all off, Beyoncé carried a classic Louis Vuitton handbag that had a pretty hilarious twist. It was embroidered with the statement: "It's Not Yours.” The star dazzled in the ensemble, with her honey-flecked hair playful placed in its’ natural curly state. 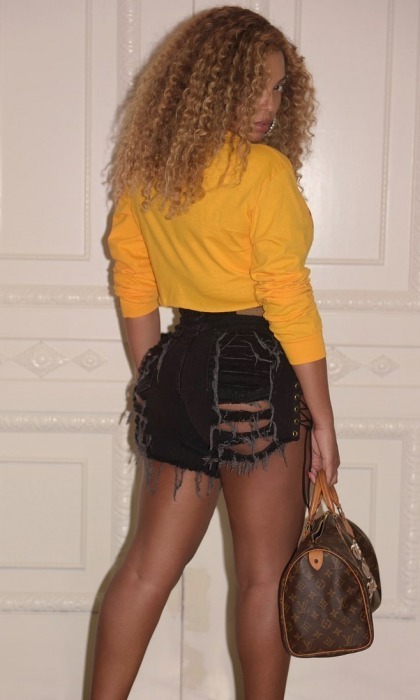 Beyoncé attended Kendrick’s August 6 concert at the Staples Center with her 5-year-old daughter Blue Ivy and cousin Angie Beyince. Along with the family members was her friend, and former Destiny’s Child bandmate, Kelly Rowland. Social media was abuzz with videos of the foursome dancing-it-out.

The hot momma welcomed her twins Rumi and Sir Carter via caesarean section on June 13 at 5:13 a.m. at Ronald Reagan UCLA Medical Center in L.A. Little Rumi arrived first, followed by her brother Sir, according to the official documents. Both babies were delivered by OB/GYN Dr. Paul Crane, the same person who assisted Kim Kardashian and Kourtney Kardashian.