Time Magazine has culled together a roster of the 25 Most Influential Teens, and everyone from chefs to actors to humanitarians made the list.

From the acting world, Chloë Grace Moretz, Kiernan Shipka, and Jaden Smith also made the cut. 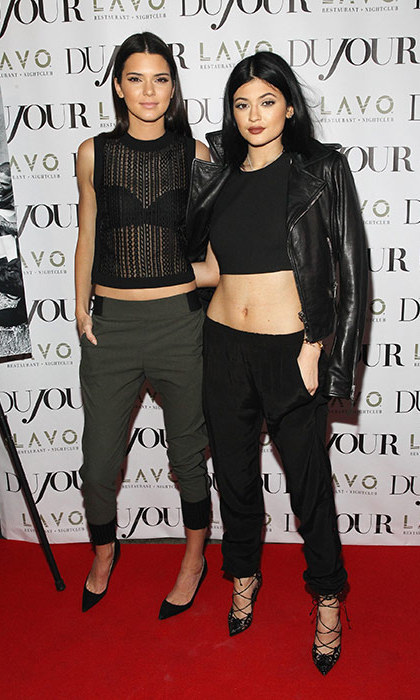 Beyond being regular fixtures on their hit reality TV series, Keeping Up with the Kardashians, Kendall and Kylie won their placement on Time's list, according to the magazine, for hosting red-carpet events, branching out into clothing and nail polish lines and publishing a young-adult novel earlier this year.

Time singled out Kendall, 18, for her ambitious modeling career, which has found her walking runways for prestigious designers like Chanel, Balmain and Marc Jacobs.

Not to be outshone by her older sibling, Kylie, 17, has demonstrated skills as a budding entrepreneur and launched her own line of hair extensions. 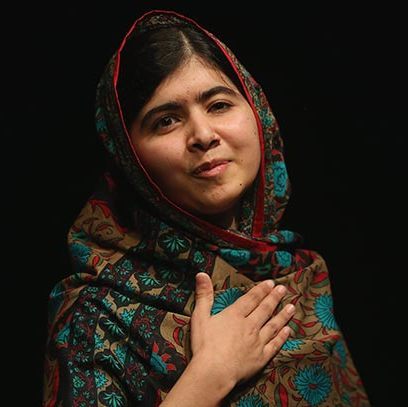 As a teenager of the same age from the other side of the world, Malala has distinguished herself over the past two years as a tireless advocate for girls' education.

In the wake of being shot in the head by Taliban gunmen, the Pakistani youth activist has utilized her organization, The Malala Fund, as a platform to voice support for myriad causes, such as the return of the Nigerian girls kidnapped by the militant Islamist movement, Boko Haram.

President Barack Obama's daughters Malia, 16, and Sasha, 13, are also featured on Time's list, cited for their growing popularity. Sasha has even been cited as a developing style icon.

Representing Hollywood's newest crop of celebrities, Chloë and Jaden were picked for their respective film careers. Chloë, 17, has already acted in a series of successful movies like Kick-Ass, Carrie and If I Stay.

While Jaden, 16, initially found fame as Will Smith's eldest child, the young actor has been garnering accolades as being "practically the Confucius for the Internet age" by Vogue.

In fact, Jaden's acting career may even be eclipsed by his social media musings. According to Time, he's already amassed over 5.37 million followers on Twitter, and his tweets "are equal parts absurdist ('Anything You See In Any Magazine Ever Is Fake') and insightful ('Once You Witness A Cycle Enough Times You Step Out Of It')."