Abercrombie and Grey! It seems long before Jamie Dornan was shooting steamy Fifty Shades of Grey scenes with Dakota Johnson, he was getting naked with Malin Akerman. During an appearance on Late Night With Seth Meyers, Malin recalled the time she posed nude with the now 35-year-old British star for an Abercrombie & Fitch ad. Seth Meyers got the Billions actress talking about the cheeky modeling gig, jokingly asking: "You are selling clothes, right?” 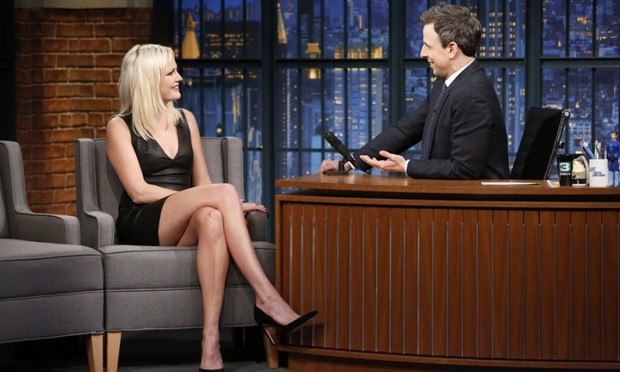 "Well that was the whole question… I don't really know what we were selling," the 38-year-old actress told Seth. "We got to set and, after two shots, the clothes came off. [The photographer] didn't want any clothes on us." The racy ad, which ran about 15 years ago, showed Malin topless while riding in a convertible with Jamie and another male model. While the two men were completely nude, Malin sported pink underwear. 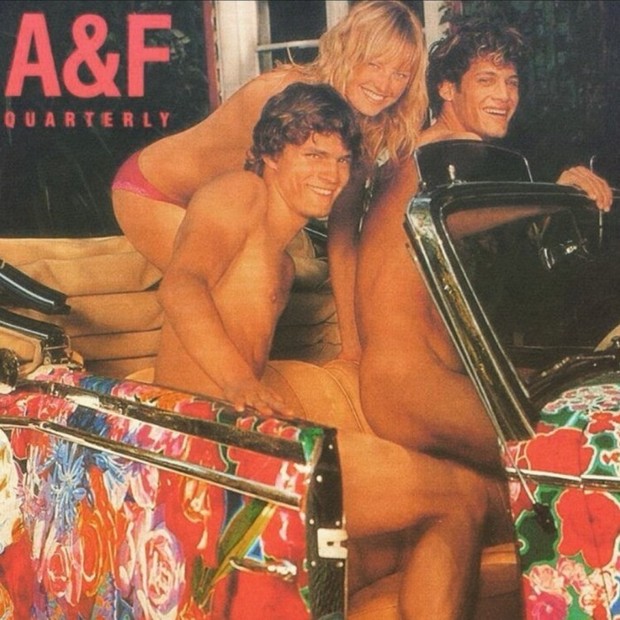 Seth had no trouble unearthing the photo since Malin previously shared it as a throwback on her Instagram. She proudly captioned the pic: "#tbt to the very naked cover of Abercrombie circa 2002 (?) w none other than Mr Grey himself @jamiedornan #50shadesofgrey #nakedisthebestwaytosellclothes?!"

The 43-year-old late night host thought the picture was hilarious, flashing it to the studio audience and saying: "There's a good story to this, other than the fact that this was taken right after cops pulled you over and said, 'You guys have got to put some clothes on.” He went on to joke, "If your youth was that exciting, you'd have to be Mr. Grey to get off. You'd be like, 'I can't do regular s--t — I used to drive around naked. I can't get off the way regular people get off.'"

MORE: Jamie Dornan reveals there are no 'gratuitous' scenes in Fifty Shades of Grey 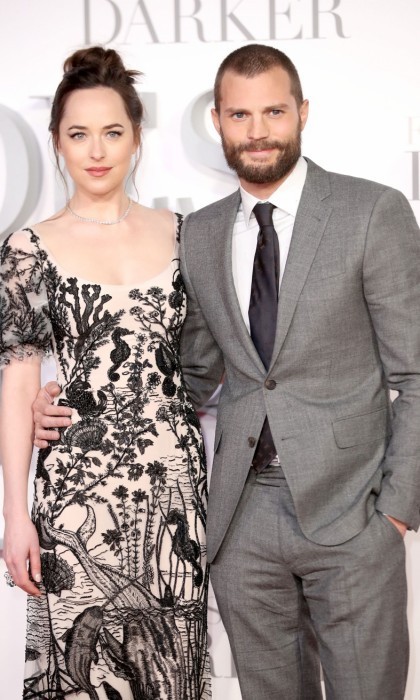 Malin laughed along with the audience and then put a button on the story by telling Seth: "Needless to say, we got to know each other very well." Since then, nudity has seemed to become pretty normal for Malin, who has appeared naked in various projects, including her Showtime series Billions. Of course the same can be said for Jamie, who has done several nude scenes as Christian Grey for the Fifty Shades film franchise. "There's quite a long shot of my [butt]," Jamie previously said in an interview with USA Today. "I wasn't hugely comfortable with it when I watched it. That's my bum. Still my bum. Wow."