Sasha fierce - more like momma fierce! Beyoncé Knowles made her first public appearance since announcing that she’s pregnant with twins on Sunday at the 2017 Grammy Awards. The expectant mom was introduced by her own mother Tina Knowles, before taking the stage for an epic mashup of her songs Love Drought and Sandcastles from her nominated album Lemonade.

"I'm blessed to have daughters, wonderful daughters [Beyoncé and Solange] with everything they do," Tina said. "All Grammy winners tonight. I'm proud of their accomplishments and their self confidence and their desire to make a difference. What makes me most proud and why I'm here tonight is to introduce Beyoncé." 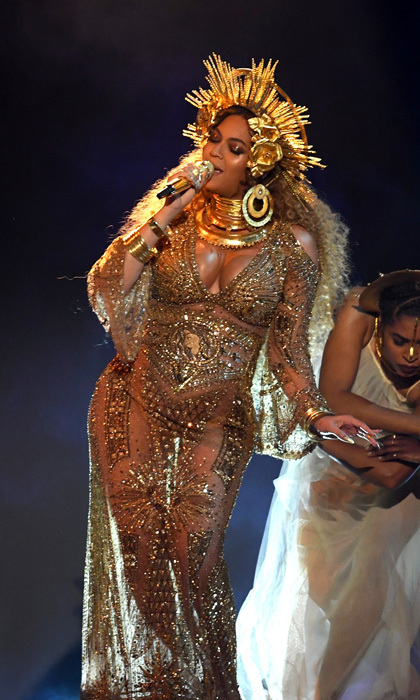 She continued, "Her devotion and love in what I see in her daughter...I believe she earned nine nominations for Grammys for her Lemonade album this year. With a mother's pride, my daughter Beyoncé."

MORE: Beyoncé's dad Mathew Knowles hints she's having a boy and a girl

The Grammy nominee dazzled on stage donning a gold headpiece and embellished gown showing off her growing baby bump. Beyoncé cradled her bump as she belted out her hit songs for the star-studded crowd, including her husband Jay Z and daughter Blue Ivy.

The singer's appearance comes over one week after she announced on Instagram that she is expecting twins. "We would like to share our love and happiness," she captioned a photo of herself holding her baby bump in front of a wall of flowers. "We have been blessed two times over. We are incredibly grateful that our family will be growing by two, and we thank you for your well wishes. - The Carters." The Instagram post generated more than 1.2 million likes within 30 minutes and over 2.4 million likes and 166,000 comments in an hour.Blue Ivy's mom broke the record for “most-liked Instagram”(previously held by Selena Gomez) in less than eight hours. 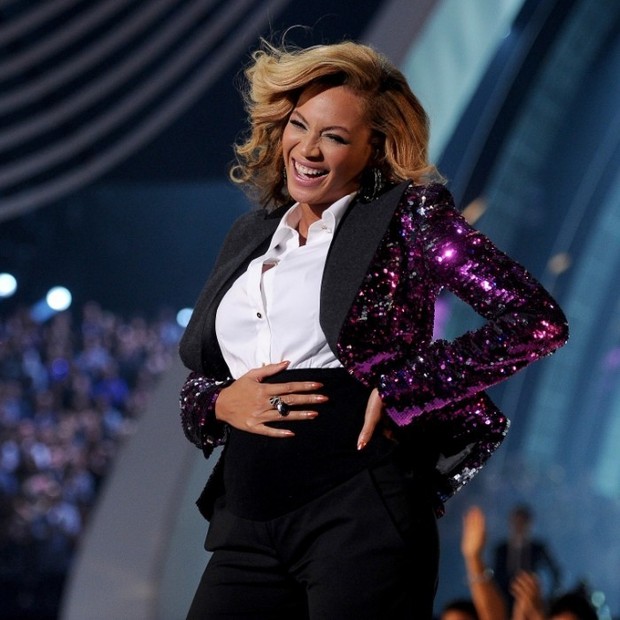 GALLERY: See all of the amazing pictures from Beyoncé's announcement photoshoot

Beyoncé famously announced her last pregnancy at the 2011 MTV Video Music Awards after her performance of Love on Top. She unbuttoned her sparkling sequined tuxedo jacket, dropped her mic and slyly rubbed her belly. Married since 2008, the Lemonade singer and Jay Z, 47, became the proud parents of Blue Ivy in 2012. In 2013, the chart-topping singer revealed that she had suffered a miscarriage. The soon-to-be big sister, now five-years-old, made an appearance in her mom’s baby bump photo shoot, which was released in full on her personal website .