Oh Adele, we want to find someone (just) like you. Since returning to the spotlight in 2015 after a three-year hiatus, the “Hello” singer has proven time and time again that she is one of the coolest ladies around. With each social media post and interview she gives, another revelation is revealed making us fall more in love with the British songbird.

Here are 5 reasons why we want Adele in our squad:

1. She dreads the gym.
Adele solidified her status as our spirit animal when she posted a photo of herself working out. The mom-of-one shared a snap titled, "Getting ready...,” paired with a miserable expression — proving she really is just like all of us! 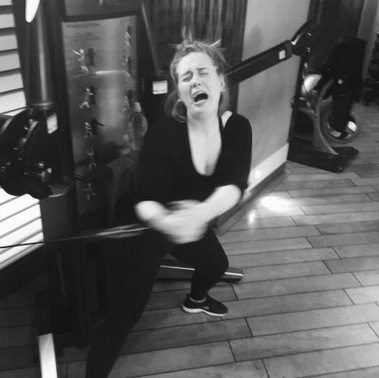 2. She appreciates a good glass of wine.
During a late night talk show appearance she revealed that while out at a restaurant – and after a few glasses of wine! – she approached a family having dinner. Adele recalled: “I went over, a bit drunk — I was like, 'Did you call my name earlier? [laughs] Sorry, I had my security with me'... I went, 'Did I hear it's your birthday? Let me get your meal for you.' So I paid for their meal! And then I had another glass of wine, and then my friend arrived and I had two more glasses of wine.”

She added, “And then the next day, I'm in the park with my kid — I find this email address in my pocket of another family from Nashville who obviously told me the [my show there] was sold out, so I got their email address to get them tickets to Nashville. That's what happens when I'm drunk."

3. She has a future career in hip hop.
Not only can the 27-year-old sing, but she can rap! During a session of Carpool Karaoke with James Corden, the songstress unleashed her secret talent by performing Nicki Minaj’s rhymes from Kanye West’s song "Monster." The British star’s rapping did not go unnoticed. Nicki shared Adele's cover writing, “Pull thru, QUEEN!!!!! #Adele," followed by “Monster the attitude & fingers to match. #Oh #Ok #IcoNic.” We agree Nicki, ICONIC.


4. She plays the drums — both real and air.
Another revelation during Adele's now-famous karaoke ride is that she also plays the drums. While singing along to her hit “Hello,” the artist admitted: “That’s me playing the drums.” A very surprised James Corden then responded, “That is why I’ve always said that you are the female Phil Collins.”

5. She held Spice Girl parties as a kid.
Adele went on to admit she is a “huge” Spice Girls fan. “It was a huge moment in my life when they came out. It was Girl Power,” the singer said. She then revealed that she held Spice Girl parties as a kid – even when she was by herself. "I was always [Ginger Spice] Geri, and then she left... That was the first time I was truly heartbroken.” Adele's fangirling even caught the attention of former Posh Spice Victoria Beckham. The fashion designer wrote on social media, "HUGE Adele fan!! This is GENIUS!!! Thank u @adele and @jkcorden #ilovemyspicegirls X posh."

I don't think we need another reason. Thanks for being so awesome, Adele! 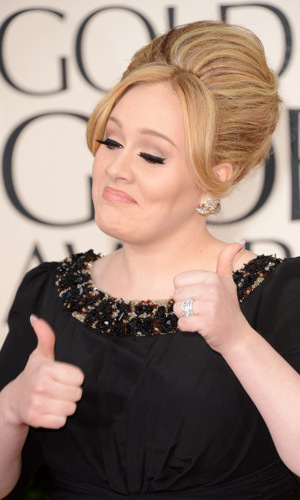