As long as they got each other. Following his father Alan Thicke’s death last year, Carter Thicke received unexpected support from his dad’s onscreen adopted son, Leonardo DiCaprio. The Oscar winner, who starred on the popular sitcom Growing Pains with the late actor, delivered a heartfelt speech at Alan's star-studded memorial back in December.

“You could see [Leo's] genuine love and respect for my dad,” Carter told Entertainment Tonight, recalling Leo's speech. "Leo is just the most amazing guy. I mean, when it's the environment and then this, he is the most incredible, down-to-earth, just loving guy." 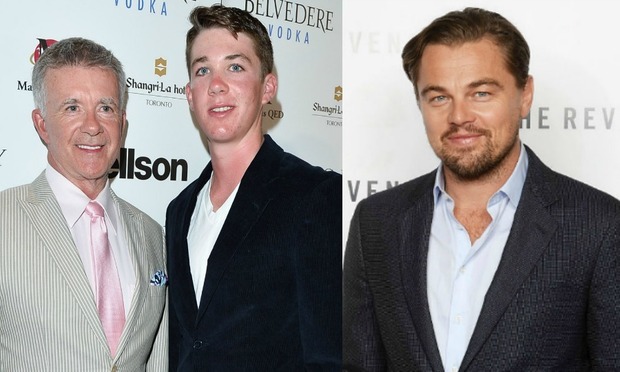 "And, you know, [he's] also the busiest guy on earth," the 19-year-old continued. "To take his time to come out and share his respects and spend time with the family — he was really, really incredible through all of this."


While his family received an outpouring of love from fans on social media, the teen admitted that the Revenant star's tribute stood out the most. He said, "Leo's tweet, the press release the day before was really, really beautiful, and he even went — I didn't even have his number — he went out of his way to send me a text. I think this was really, really touching."

All of the star tributes to Alan Thicke


Alan died on December 13 after suffering a heart attack while playing hockey with Carter. During the ET interview, the late actor’s son recalled his final moments with his father. “The ambulance came and the paramedics had stabilized him and everything seemed fine,” he said. “I got to give him a hug and said, ‘I love you,’ and that was the last time I saw him.… He was, like, the perfect dad.”

HOLLYWOOD PARENTS IN THEIR GREATEST ROLES AS MOM AND DAD

After Alan's death, Carter took to Instagram to pen a moving tribute for the Hollywood star, whose son Robin is also close with Leo. Sharing a photo of himself with his father, he wrote: “Today I lost my best friend and my idol, and the world lost one of its finest. I have never known a more kind, loving, hairy, and generous person in my life and I am forever grateful for the light that this man brought to my life and so many others. You will be missed every second of every day. You are a legend and I love you Pops. Until next time.”