Ever a surprise! After giving fans a sneak peak of Ariana Grande and John Legend’s duet in the final trailer of Beauty and the Beast this week, Disney released the full version of the live-action film’s title track. The 23-year-old and Chrissy Teigen’s husband teamed up to recreate the magic of Celine Dion and Peabo Bryson's 1991 classic from the original animated movie.

The new pop rendition of the Golden Globe and Oscar-winning song was produced by Ron Fai. “Stepping into the shoes of an Oscar- and Grammy Award-winning classic is not small potatoes,” Ron said in a statement. 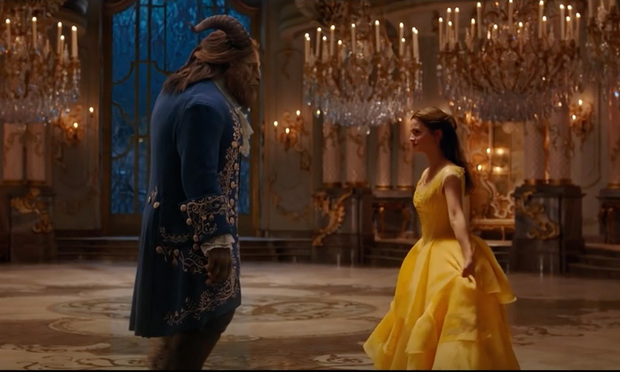 He continued, "But with today’s two greatest singers—John Legend and Ariana Grande—we are bringing the song back with a new school/old school fresh treatment that shows the soulfulness and power of what a great melody and lyric can inspire.”

Excitement for the film, which stars Emma Watson as Belle, is building up ahead of its release next month. Disney will be holding special events for fans the night before the premiere at approximately 590 locations nationwide. Tickets for the March 16th fan event are available here.

Beauty and the Beast opens in theaters Friday, March 17.

LISTEN TO ARIANA AND JOHN'S DUET BELOW