First Lady Melania Trump kept the glamour going from day to night for her husband President Donald Trump’s inauguration festivities. After showing off her first lady style earlier in the day wearing a sophisticated ensemble by American designer Ralph Lauren, the 46-year-old stepped out for the inaugural balls donning a gown by Hervé Pierre. 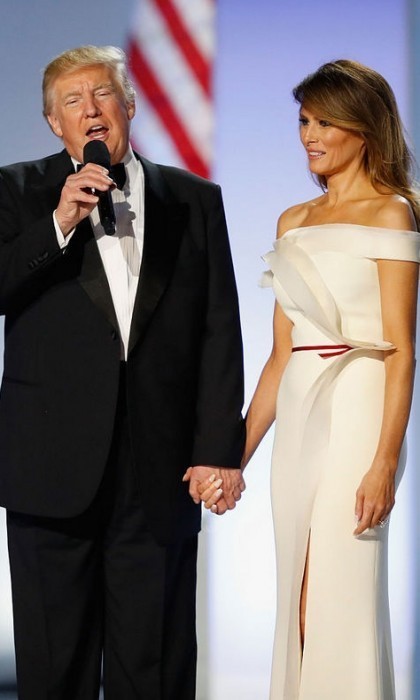 The former model stunned in the off-the-shoulder gown with a slit that was a collaboration between herself and the former creative director of Carolina Herrera. Melania accessorized the sleek and sophisticated number with her engagement ring but otherwise kept it simple while wearing her brunette tresses down in loose waves.

HIGHLIGHTS FROM THE 2016 INAUGURATION

“It’s an honor to dress the first lady,” Pierre told WWD. “I was actually lucky because over my 20 years in the US, I dressed all the first ladies: Mrs Clinton at Oscar de la Renta, Mrs Bush and Mrs Obama at Carolina Herrera. So I feel lucky and honored to dress Melania Trump, but this time under my name.”

There were three balls held simultaneously – the Freedom Ball and Liberty Ball, which were open to the public and took place at the Walter E. Washington Convention Center, and also the invitation-only Salute To Our Armed Services Ball at the National Building Museum. 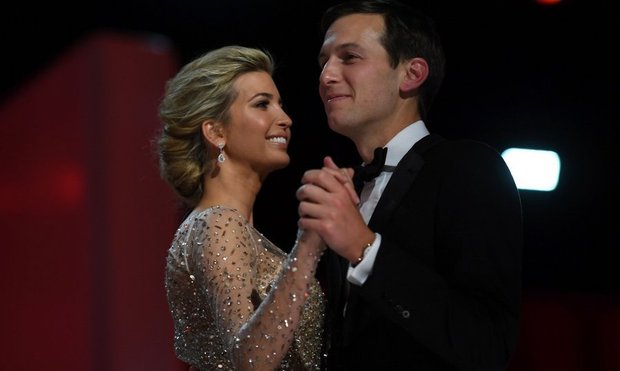 The gown proved to be the perfect option for dancing the night away. Melania and President Trump shared their first dance as the new first couple of the United States swaying appropriately to Frank Sinatra's My Way at the Liberty Ball, their first stop out of three for the night. The song was performed by Erin Boheme, who returned to the stage to sing the classic tune. 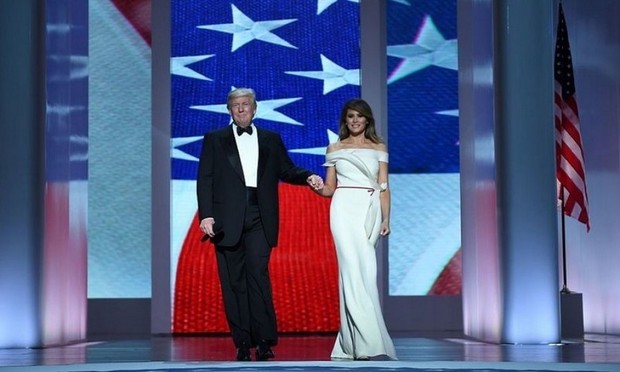 The couple made their entrance against an American flag backdrop Photo: Getty Images

Before leading his wife in dance, Donald did compliment his wife. "My number one supporter, Melania,” he told the audience. “What she puts up with, thank you, honey.”

While the spotlight was clearly on the first lady and her husband, Donald's daughters also shined at the inaugural balls. Ivanka Trump sparkled in a Carolina Herrera number. The mom-of-three wore her golden locks in an intricate up do and completed her look with diamonds. She and her husband midway through the song joined her father and her siblings with their significant others on stage for the first dance. 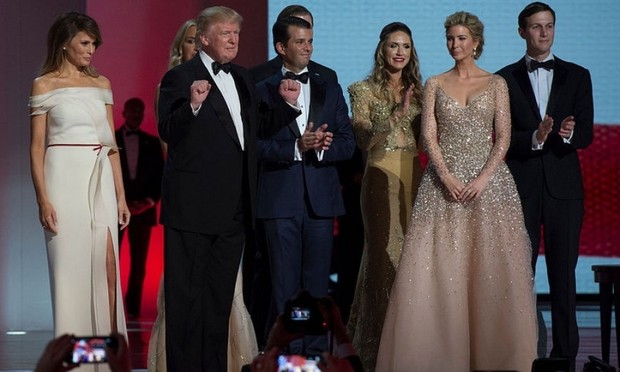 President Trump had the support of his whole family on his big night Photo: Getty Images

Tiffany Trump chose a lilac strapless gown by Simin Couture. Throughout the inauguration weekend, the youngest daughter enlisted Phillip Bloch to help with her styling.