Aly Raisman and Colton Underwood are the sports' worlds hottest new couple. The duo made their relationship red carpet official on Monday during the 2016 Sports Illustrated Sportsperson of the Year Awards.

The 22-year-old Olympian and the NFL star, 24, walked arm-in-arm down the carpet at Brooklyn's Barclays Center, four months after agreeing to go out on a date via social media. Aly, explained that the Oakland Raiders linebacker found some time in his schedule to set a date. “We happened to both be in Denver at the same time,” Aly told People. “I was there for less than 12 hours, he was flying in for just a few days. It just ended up working perfectly.” 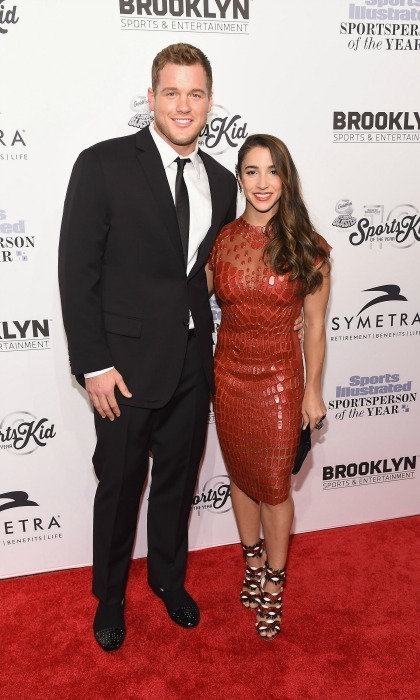 Aly and Colton made their red carpet debut during the award ceremony Photo: Gary Gershoff/WireImage

In August, Colton shared a sweet video from Yahoo Sports where he asked the six-time Olympic medalist to double date with him, his teammate Andrew East and his wife, and fellow Olympic gymnast, Shawn Johnson.

CELEBS WHO MADE THEIR LOVE INSTAGRAM-OFFICIAL

Aly shared that Colton, who drove 90 minutes each way for their second and third dates, has already introduced her to his family and plans on spending some time with him over the holiday.

The gymnast was at the ceremony to present fellow Team USA teammate Michael Phelps with the greatest Olympian of all time honor. Aly took the stage and credited his 28 Olympic medals to his hard work in the pool. "Michael has unprecedented determination and drive. We see all those medals. But, what we don’t see is all of those hours in the pool," the gymnast said. "All those Saturday nights where he was traveling to a meet instead of going out with friends and being a normal teenager and college kid." 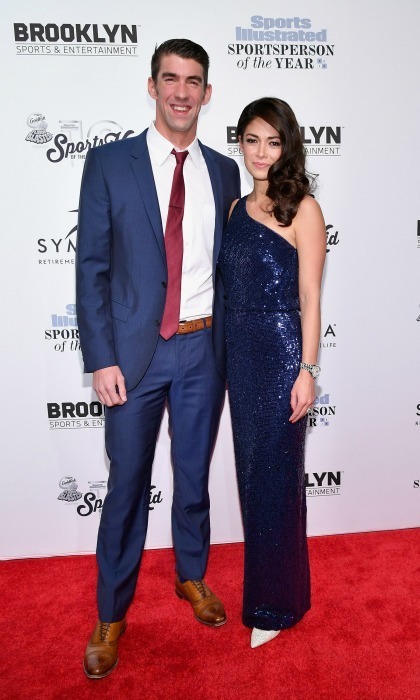 Michael and Nicole made it a date night without their son Photo: Slaven Vlasic/Getty Images for Sports Illustrated

She continued: "Skill might have gotten him the first couple of medals, but his competitive spirit got him the rest. How competitive is he? I couldn’t even beat him in Lip Sync Battle and I thought I killed it. But then here comes Michael with his hoodie on and his game face and his Eminem impression. He got me. He literally wins everything."

The 31-year-old made the affair his own date night with wife Nicole Johnson leaving their seven-month-old son Boomer, who stole the hearts of spectators during the 2016 Olympic games in Rio, at home. For the event, Michael traded in his speedo for a fitted blue suit and red tie, while Nicole channeled her Miss USA days in a long embellished blue dress.

The Maryland boy, who has been married to Nicole since June, admitted that he was the "luckiest man in the world" during his speech. "For me being able to have one more year where I came back and finished things exactly how I wanted, I know there are some people out there who know what that feels like, I feel like I'm on top of the world," he shared. "I was able to get married this year, have my first child. I literally feel like the luckiest man in the world."