It wasn't love at first sight for Helen Mirren and her husband Taylor Hackford. The Collateral Beauty actress shared that Taylor wasn't the man of her dreams upon their first meeting. 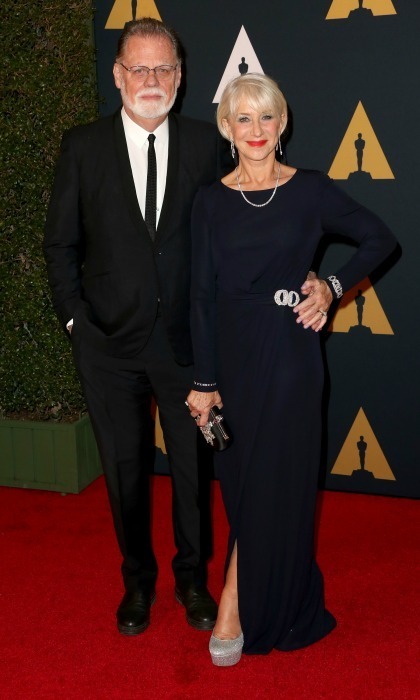 Helen said that it wasn't love at first sight for her and Taylor Photo: Frederick M. Brown/Getty Images

Helen, 71, continued about her husband: "He was 20 minutes late and I had a meeting and I turned up on time. I don't like being late. I was meeting him on a movie. It was an audition sort of thing. I was walking out of the door when he walked in."

When asked if Taylor, who she has been married to since 1997, has gotten more punctual over the years, the veteran actress admitted that he has remained the same in that regard. "He had no excuse what so ever," she said. "Yes. he's still not on time. It drives me crazy."

It isn't just Taylor who has eyes for the Dame. Helen treated actor James Marsden to a special surprise during his visit to the talk show on Monday. The Westworld actor finally had the chance to meet his celebrity crush after sneaking a photo of Helen in the airport. 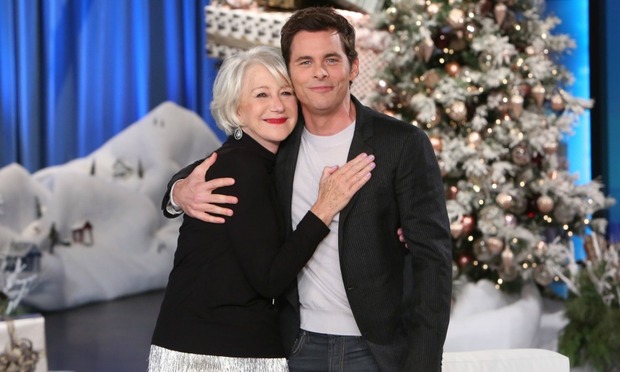 James Marsden got the surprise of a lifetime from his celebrity crush Helen Photo: Michael Rozman/Warner Bros.

"I’ve had a massive crush on her for years." the 43-year-old told Ellen before getting the special holiday surprise. "I was on a flight with her once to Rome and when I got off the flight, I followed her through baggage claim in a very creepy way, I took a photo of her when she was walking. I was avoiding seeing her backstage because I didn’t want her to know I was stalking her in the Rome international airport."

When James finally got the chance to meet Helen, who called him "handsome," he promised the English actress that he would never keep her waiting, unlike her husband. "I would never be 20 minutes late with you."

WATCH HELEN TALK ABOUT HER AND TAYLOR'S FIRST MEETING