While husband President Barack Obama is meeting with Prince Charles and Camilla in Washington, D.C., Michelle Obama is in the Far East shaking hands with Emperor Akihito. And it isn't just her trip to Japan that's drawing worldwide attention, but her fashion choices are as well. 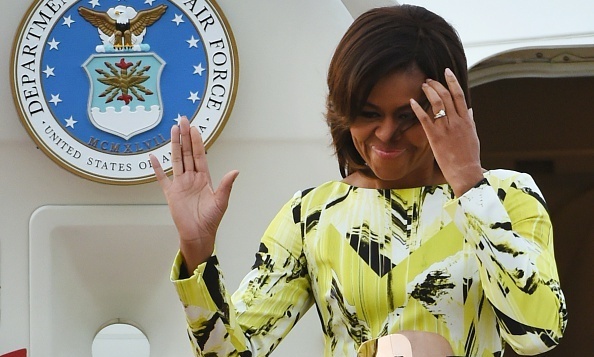 The First Lady made her grand entrance into Japan wearing a lime green geometrically printed dress from Kenzo's Fall 2014 collection and paired it with a metallic gold wide belt and black leather heels.

She later wore a floral blazer and skirt, pairing them with silver stilettos, which made her tower over the Emperor. Following tradition, Michelle bowed, shook his hand and curtsied. 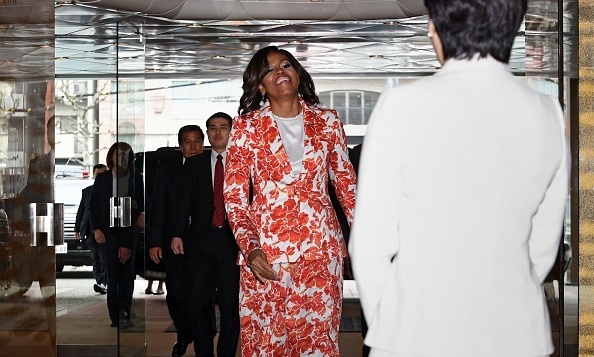 Also in store for Mrs. Obama during her three-day trip are separate meetings with Prime Minister Shinzo Abe and Emperor Akihito and Empress Michiko. She will visit historic sites in Kyoto before traveling to Cambodia to highlight a campaign supporting education for girls. The goal for her the Let Girls Learn initiative is to get 62 million girls back into school.

"It is also a serious public-health challenge, a drag on national economies and global prosperity, and a threat to the security of countries around the world, including our own," Mrs. Obama wrote in her online travel journal. "This visit is part of a journey that began decades ago, back when I was a little girl." 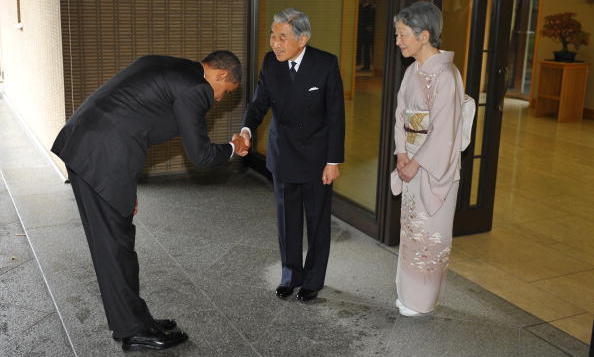 Her visit comes after she was unable to visit the country with the President last year and before Japan's Prime Minister, Shinzō Abe, is due to make a reciprocal visit to the U.S next month.