Calvin Harris admits that he isn't that good at being a celebrity, and it was his highly-publicized breakup with Taylor Swift that confirmed his notion. The 32-year-old DJ covers British GQ's Men of the Year issue, and talks about the tough aftermath of his relationship.

"It's very difficult when something I consider so personal plays out very publicly," the This Is What You Came For hitmaker told the magazine. "The aftermath of the relationship was way more heavily publicized than the relationship itself. When we were together, we were very careful for it not to be a media circus. She respected my feelings in that sense. I'm not good at being a celebrity." 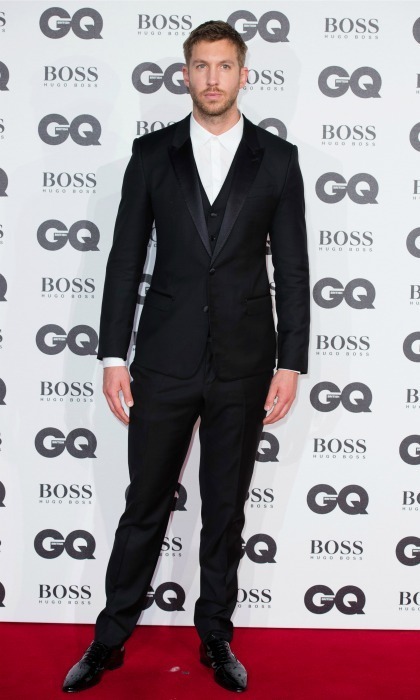 Calvin talks about the aftermath of his split from Taylor Photo: Getty Images

ALL THE CELEBRITY SPLITS OF 2016

Calvin says the end of his and Taylor's 15-month relationship in June was the result of their relationship not being right. "For both of us it was the wrong situation," he shared. "It clearly wasn't right, so it ended."

In July, Calvin, whose real name is Adam Wiles, let out a series of Tweets directed to his ex, after it was revealed that she co-wrote his hit single This Is What You Came For. He continued: "Now I see that Twitter thing as a result of me succumbing to pressure. It took me a minute to realize that none of that matters. I'm a positive guy." 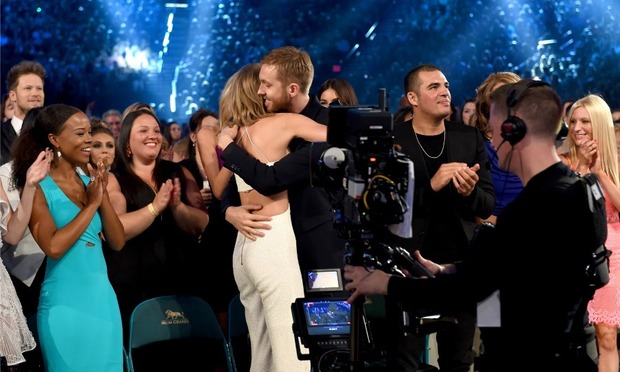 On Tuesday night, Calvin was presented with the "Patron Solo Artist of the Year Award" by friend, and fellow musician, Ellie Goulding. Before presenting him with the award, Calvin's I Need Your Love collaborator had nothing but nice words to say about him. “He is the best DJ in the world. At 32, he’s just getting started. He is my friend — I’m so very proud of him." Calvin and Ellie, who is responsible for setting up Calvin and Taylor, had some fun at the award show, joking that they got into a fight. "We just had a massive fight at the GQ Awards, and we’ve fallen out and it’s horrible and awkward as f--k,” Calvin joked on Snapchat before Ellie chimed in, "Not really."

While Taylor has just ended her three month relationship with Tom Hiddleston, Calvin has been hanging out actress and singer Eiza Gonzalez. The pair were seen leaving a friend's party arm-in-arm over the weekend in L.A. A source told People, "They have been talking and hanging out. It's new."