From Rio to the Big Apple! The Final Five — Simone Biles, Aly Raisman, Gabby Douglas, Madison Kocian and Laurie Hernandez — have taken Manhattan by storm after winning big at the 2016 Olympics.

And what better way to celebrate their gold medals than with golden tickets to the Tony-winning musical Hamilton! The US women’s gymnastics team traded their leotards for casual wear to view the smash Broadway musical and meet members of the cast backstage on Tuesday night. 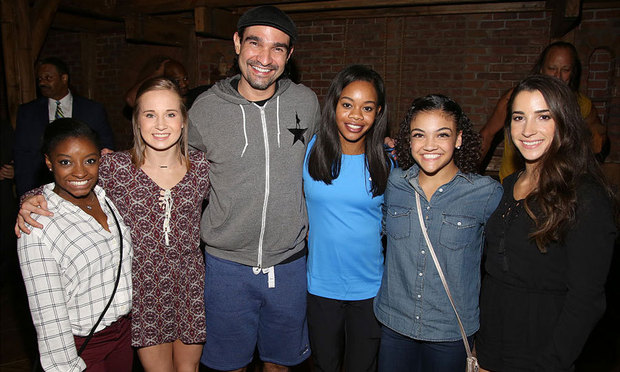 The girls were ushered in during the first song and quickly took their seats. During the performance, they laughed and appeared to enjoy every musical number. Once the girls were spotted at intermission, they received applause from audience members excited to see the Final Five in the crowd.

THE BEST MOMENTS FROM THE 2016 OLYMPICS

After the show, the ladies posed for photos with Alexander Hamilton star, Javier Muñoz, along with the Schuyler sisters, (Jasmine Cephas Jones, Lexi Lawson and Tony winner Renee Elise Goldsberry) in their signature "work" pose. According to the Associated Press, Aly Raisman told actor Brandon Victor Dixon, who made his debut on August 23 as Aaron Burr, “I thought you were amazing.” 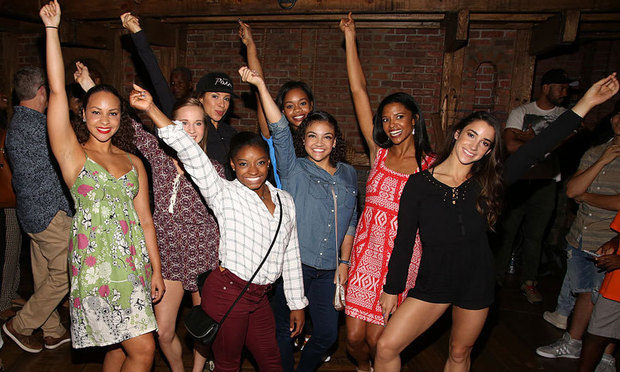 Aly is pretty amazing herself, taking home one gold and two silver medals during the summer Olympics. Now with the games behind her, the 22-year-old is looking forward to her date with Oakland Raiders tight end Colton Underwood.

THE BEST PHOTOS FROM TEAM USA

The football player, who is a teammate of retired US gymnast Shawn Johnson’s husband Andrew East, asked the champion out on a double date via a video message after congratulating her on her success. After watching the proposal during a Yahoo! Sports interview, Aly said, “He’s very cute,” adding, “I would go on a date with him.” 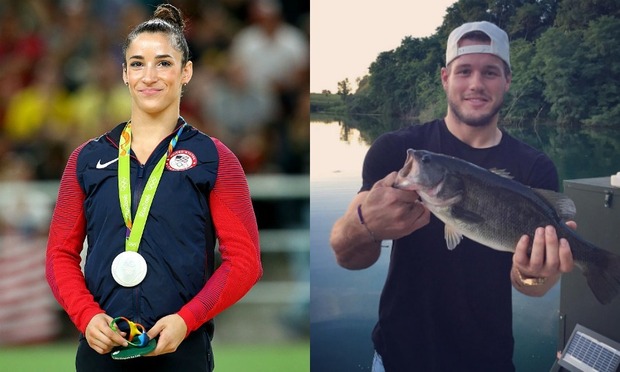 As far as the date goes, Aly said, according to the New York Post, “If we do know when it’s going to be, I’m not going to tell anyone but we haven’t set a date but it’s really crazy I didn’t expect everyone to find out about it."

She added: “Everyone’s been texting about it so it’s crazy but I’m looking forward to meeting him. I’ve never met him before but Shawn and Andrew have told me about him.”