Paris Jackson knows how to do prom right! The 18-year-old went to a friend's senior prom over the weekend and coordinated her friend's dress to her new icy-blue hair. In a photo posted on her Instagram, Paris and her pal showed off their matching look with the classic prom pose. 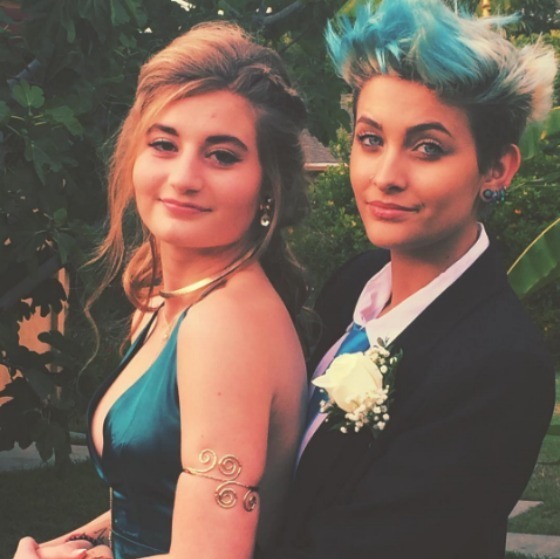 Paris Jackson and her new blue hair took her friend to the prom Photo: Instagram/@parisjackson

Paris and her girl pal Melissa Lauren attended the Wildwood School formal dance at Casa Del Mar in Santa Monica. Michael Jackson's second eldest child was a student at the Diamond Ranch Academy in 2013, before leaving the school and moving back to Los Angeles under the care of her grandmother Katherine Jackson. Although it isn't clear if Paris is a student a the school, the teen was sure to have Melisa's back when it came to prom day.

"Only true friends dye their hair to match their gal's prom gown," she captioned the picture. Not only did Paris match her hair for the occasion, but her outfit as well. Paris complemented her date's gown with an all black tux with a blue tie. Paris went all out for prom, including taking pictures to mark the occasion forever. 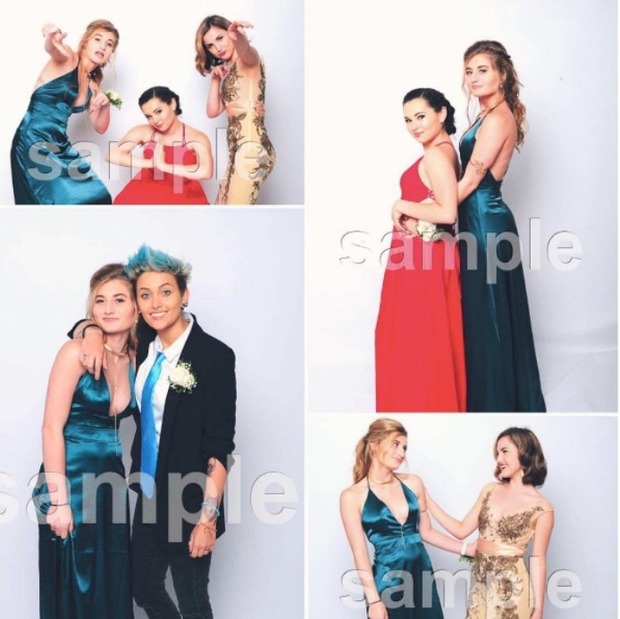 Melissa showed off another moment from inside the Prom Photo: Instagram/@themelissalauren

Paris' friend, and date, Melissa, gave her followers a sneak peak of Paris' full look on her Instagram. Melissa shared pictures of her and her friends, including Paris, posing for the prom photo shoot. "Let's be basic and do that thing where we turn and laugh at each other," she captioned the series of photos.

spilled an icee on my head 

A day before the prom, Paris took to her Instagram to gives fans a sneak peek at her funky new hair. "Spilled an icee on my head," she captioned the selfie that shows her new blue do.

Missing from the prom photos was Paris' boyfriend Michael Snoddy. The pair have been dating for the past few months, and the King of Pop's daughter can't help but snap sweet pictures of her man. "Never met anyone that looks this adorable when napping. So lucky to call him mine," she captioned a photo of her musician beau sleeping next to her.