Mommy’s number one fan! Last week it was announced that Alicia Keys would be joining NBC’s The Voice as a coach and it appears her son Egypt is still celebrating the news.

On Wednesday, the Girl on Fire singer, shared an adorable video clip of her five-year-old son gleefully singing about his mother’s upcoming gig.

VIEW SOME OF HOLLYWOOD'S CUTEST TRENDSETTERS

Giving a thumb’s up at the beach, little Egypt sang, “Mm-mm-mm, my mommy's on The Voice. The 35-year-old singer captioned the happy video, “Awww... My biggest fan.”

The Grammy-winning artist welcomed her son in 2010 with husband Swizz Beatz. The couple is also parents to one-year-old Genesis Ali.

Alicia won't be the only newcomer on the show's eleventh season. Miley Cyrus will also be joining. The duo will be replacing Christina Aguilera and Pharrell Williams and sitting alongside veterans Blake Shelton and Adam Levine on the singing competition show — marking the first time the four person judging panel will include two women. 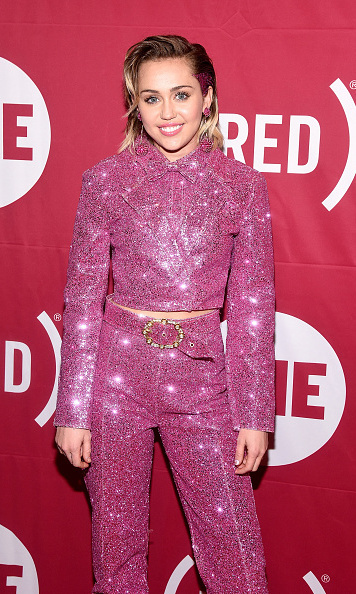 Miley will be joining Alicia on the next season Photo: Getty Images

Discussing Alicia and Miley’s roles on the reality show, Paul Telegdy, NBC Entertainment’s president of alternative and late night programming said, “The musical expertise and energy these two incredibly talented women will bring to the show is remarkable.” He added, “We’re thrilled that they’ll be joining Adam and Blake in what we know will be a magical 11th season.”

Alicia and Miley may increase their odds of being the first female judge to win the show competition.