Chris Hemsworth and wife Elsa Pataky have added to their brood. The couple announced that they are now the proud parents of a cute piglet with an adorable Instagram post.

“The new member of the family! Tina!” wrote the Snakes On A Plane actress, alongside a cute snap of her cuddling up to the tiny animal. Fans of the couple will know that they are big animal lovers and often take to their social media sites to post cute and funny pictures with their four-legged friends.

CHECK OUT THE MOST POPULAR CELEBRITY PETS 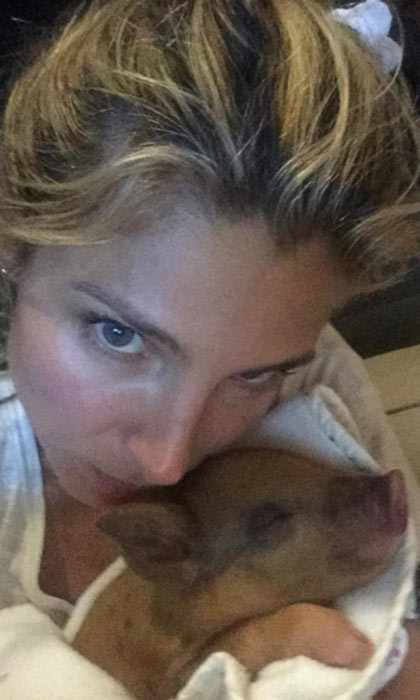 Elsa uploaded a snap of her cuddling up to a tiny piglet Photo: Instagram/@elsapataky

Last month, the Thor star uploaded a picture of him giving a cow a 'kiss' during an expedition in the Himalayas. The parents-of-three were in India to partake in the Spanish adventure program Planeta Calleja.

Another celebrity that likes to cuddle up to her pet pig is Miley Cyrus, who is back on with Chris' younger brother Liam. The We Can't Stop singer often uploads selfies of her cozying up to her piglet Bubba Sue. In one photo posted on her social media sites, the 23-year-old gently planted a kiss on the pig's snout as she held her close. 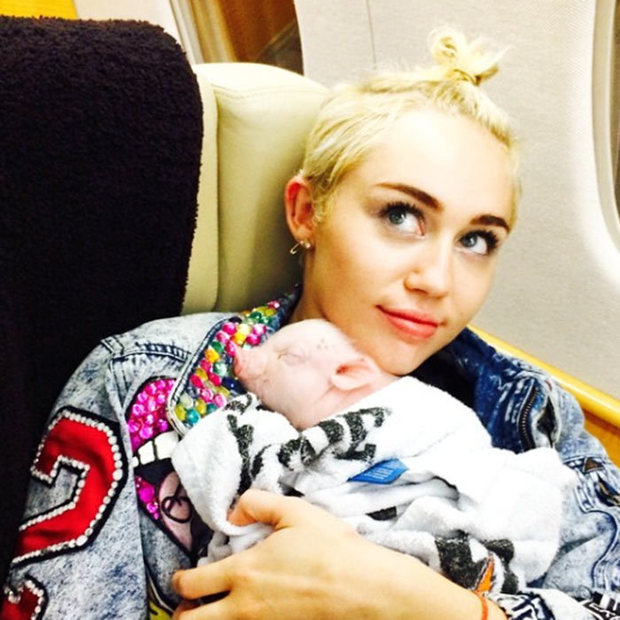 Miley also likes to upload pictures of her cuddling up to her pet pig Photo: Instagram/@mileycyrus

Reports emerged that Miley and Liam had rekindled their romance, after the songstress celebrated New Year's Eve with the actor and his family in Australia. Elsa seemed to confirm the news by posting several pictures of herself and Miley over the holiday season.

The sighting sent fans into a frenzy, but big brother Chris remained coy when he was asked about the couple's reunion on the Kyle & Jackie O Show . "Not that I know of mate ," he told radio host Kyle. "I would find out through the press. I find out last most of the time."