Family and friends said goodbye to country music superstar Joey Feek during a private ceremony led by her husband and music partner Rory Feek. On Tuesday, Rory, 49, along with his wife's friends and family, laid Joey to rest at their Pottsville,Tennessee farm. 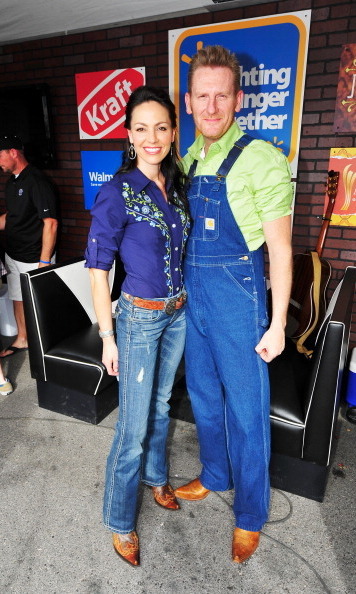 "It was tearful, but it was optimistic, especially being on the dirt," the couple's close friend Bill Gaither told People magazine. "She was part of the earth. We all felt as though we were close to her."

During the intimate ceremony Rory spoke about his wife, who lost her brave battle with cancer at the age of 40 on March 4, before her casket was placed on a horse-drawn carriage.

"Singers were performing 'Let's Go Down to the River to Pray,'" said Bill. "It was just a sweet Tennessee mountain moment. Very positive things were said at the gravesite." 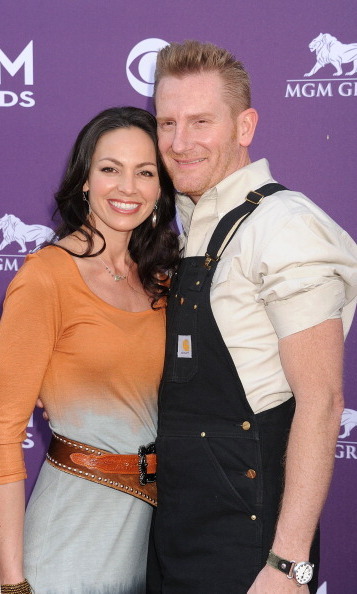 Rory had documented Joey's battle in a series of powerful posts on his blog, This Life I Live Photo: Getty Images

Rory, who was married to Joey for 15 years, and has a 2-year-old daughter Indiana with the singer, publicly announced the heartbreaking news of his wife's death on his blog This Life I Live.

"My wife’s greatest dream came true today. She is in Heaven," he wrote. "The cancer is gone, the pain has ceased and all her tears are dry. Joey is in the arms of her beloved brother Justin and using her pretty voice to sing for her savior."

He had documented her difficult battle on the blog, with inspirational and heart-wrenching installments, such as the moment his wife bid farewell to her best friend, or the joy of reaching milestones that he Joey wanted to see together, such as Valentine's Day and Indiana's second birthday.

A public service will be held for the late singer on Sunday, March 13, in her hometown of Alexandria, Indiana at the Alexandria-Monroe High School Gymnasium.