Joey Feek is now singing for the angels. The Grammy-nominated singer lost her battle to cervical cancer today, March 4 at 2:30 p.m. Throughout her last few months, Joey's husband Rory Feek had been documenting his wife's journey on his blog This Life I Live, sharing stories and health updates.

"My wife’s greatest dream came true today. She is in Heaven," he wrote Friday on his blog. "The cancer is gone, the pain has ceased and all her tears are dry. Joey is in the arms of her beloved brother Justin and using her pretty voice to sing for her savior."

The singer continued, "At 2:30 this afternoon, as we were gathered around her, holding hands and praying.. my precious bride breathed her last. And a moment later took her first breath on the other side."

CLICK TO SEE A LOOK AT JOEY AND RORY'S LOVE STORY 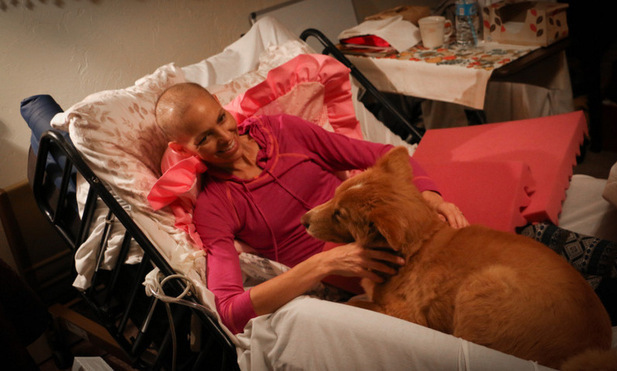 Up until her last days, the late singer was surrounded by loved ones. Prior to her passing on Friday, Rory shared a moving photo of one of his daughters from a previous relationship holding hands with her stepmother. He captioned the touching post, "Our oldest daughter Heidi by her mama's side last night. Holding on and letting go."

Earlier in the week, Rory revealed that his wife had entered a "deep sleep" after bidding farewell to her family and sharing "one last kiss" with the couple's 2-year-old daughter Indiana. 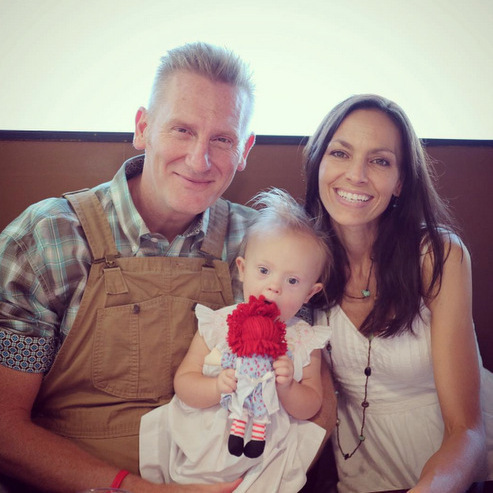 After having her prayers answered of being able to celebrate her daughter's birthday in February, the singer decided "Enough is enough." Rory revealed that his wife was "ready to stop fighting." He added, "She said the flowers would soon be blooming back in Tennessee. It’s time to go home."

The late country star was first diagnosed with cervical cancer back in 2014 and underwent a radical hysterectomy, but her cancer returned again in 2015. Rory announced last November that his wife had entered hospice care after ceasing treatments for her terminal disease. The couple along with their daughter Indiana moved to Joey's hometown of Alexandria, Indiana. 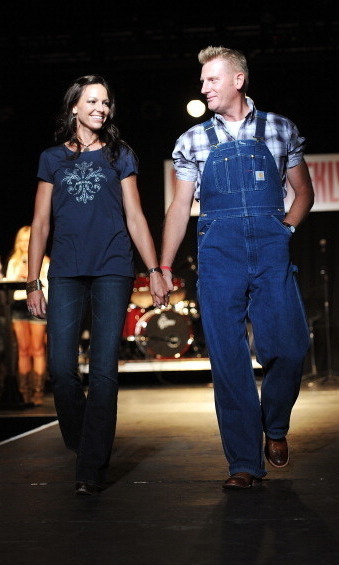 In October, the ailing musician opened up to The Tennessean about accepting death and not being afraid. “I pray that one morning I just don’t wake up,” she told them. “But I don’t fear anything because I’m so close to God and we’ve talked about it so many times. I know he’s close. And I know he loves me. I’m really at peace. I still believe there’s healing in prayer.”

Through it all, Joey maintained an unwavering faith. She said, “God decided for me that my job of singing for people down here is my legacy, and he needs me singing up there. That’s how I look at it.” 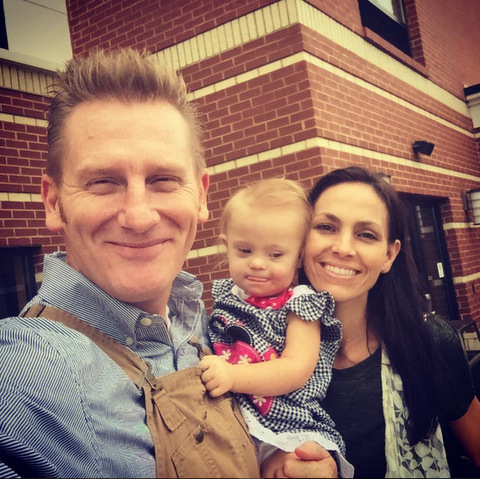 On his blog, Rory called his wife and her “will to live,” “very, very strong.” The country star fought not only for herself but for the couple's daughter, whom they shared many sweet, tender moments while Joey was in hospice care. Rory said, “[Joey] wants to be remembered as a singer of songs. A devoted wife. A loving mother. Not a cancer patient.”

While she only lived 40 years on this earth, the doting husband noted that Joey “lived a very full life.” He said, “I can honestly say that Joey’s isn’t just a life well-lived, it’s a life well-loved.” 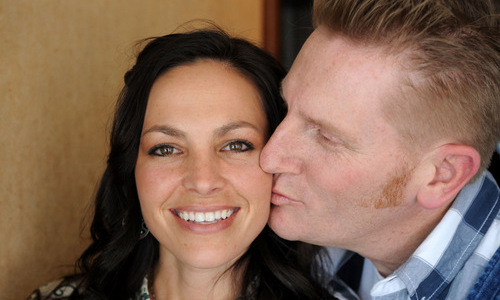 Before drifting off into her sleep, Joey told her husband, "I have no regrets… I can honestly say, that I have done everything I wanted to do and lived the life I always wanted to live."

Rory thanked his followers in a recent post reminding them "that this is not the end." He said, "It’s only the beginning. When Joey takes her last breath here… she will take her first breath there. In Heaven."