The current season of Suits has been filled with with lots of ups and downs, not least for Meghan Markle's on-screen persona Rachel Zane. The paralegal's life was turned upside down when her fiancé Mike Ross, played by Patrick J. Adams, was charged for fraudulently practicing law.

Despite her character's rocky storyline, the actress was over-the-moon to welcome our sister publication HELLO! Canada into the show's dream fashion closet to get an exclusive look at some of her most memorable costumes, including one in particular that will make fans of the adorable couple extra happy. "You happen to be here on a fun and special day because we are picking out Rachel Zane's wedding dress!"

Whether or not the duo make it down the aisle in the season finale, which will air on March 2, remains to be seen, but that didn't stop the 34-year-old actress from gushing over bespoke gowns by Naeem Khan and Carolina Herrera. With a little help from her good friend Jessica Mulroney (Kleinfeld Hudson's Bay), Meghan showed off some of the bridal wear finalists, including a chic and sleek creation that caught her on-screen love's eye. "I was showing pictures to Patrick and he's like, 'I like that one!'" she revealed. 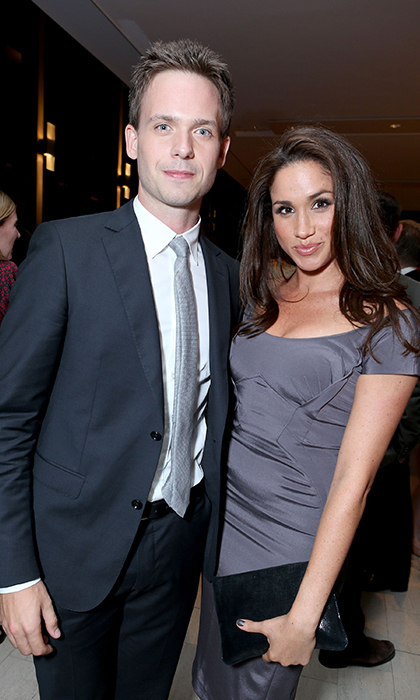 Will Mike and Rachel find their happily ever after? Photo: Getty Images

Unlike Rachel, who is partial to power dressing in sleek Burberry pencil skirts and Dolce & Gabbana cardigans, Meghan told us in the past that when it comes to her personal style, she is a quintessential California girl. "Growing up in L.A., my style was always very casual. I was always ready to catch some sun, run to the beach or garden in my yard, so the flip-flop and jean short culture is a big part of who I am. I relish being relaxed and casual."