Joey Feek didn't let her cancer inhibit her from cooking for her family over the weekend. The ailing country singer’s husband, Rory Feek shared a photo of his terminally ill wife preparing a meal from her hospice bed.

“When a mother can't get to the kitchen, but wants so much to help make her family dinner... you bring the kitchen to mama,” the 49-year-old captioned the picture uploaded on Sunday. 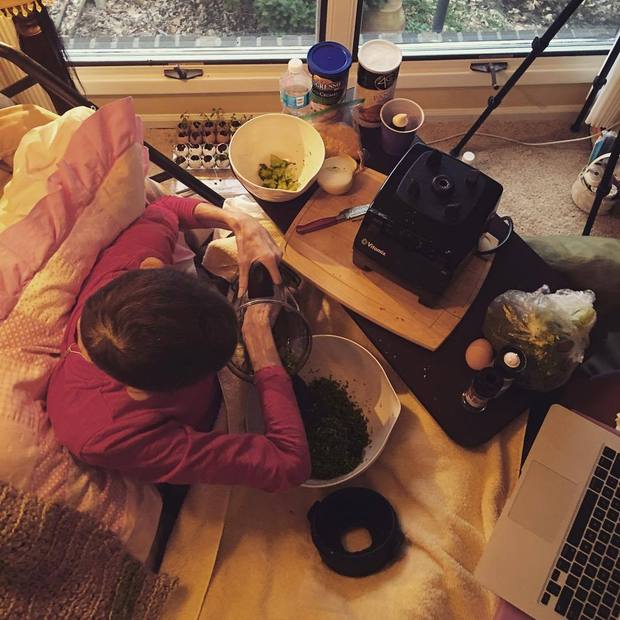 Last week was filled with great memories and milestones for the couple. The two celebrated Valentine’s Day, watched the Grammys as first time nominees and marked their daughter Indiana’s second birthday.

Recalling the week on his blog This Life I Live, Rory wrote, “There have been big parties for little people and small losses with great lessons… and we even had a romantic night filled with more love for each other than we even thought was possible. But mostly, this has been a week filled with thankfulness.” 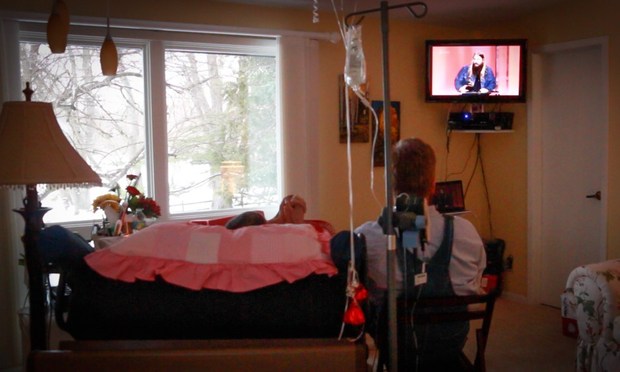 Despite losing their first Grammy nomination to Little Big Town, the country crooner admitted, “God has blessed us with the gift of something even bigger than a Grammy award this year… perspective.”

“The morning after the award show, Joey looked into my eyes and said, “I’m sorry we didn’t win us a Grammy.” I smiled and said, “that’s okay”. Then jokingly, I added, “…there’s always next year,” Rory wrote on Friday. “[Joey] smiled back at me and said, “yes… next year.” And then she talked about how if we were to ever be nominated again, that I have to promise her that I would go. And I told her that I would. Then her smile widened and she winked and said, “and guess what… I’ll know the winner before you do.” 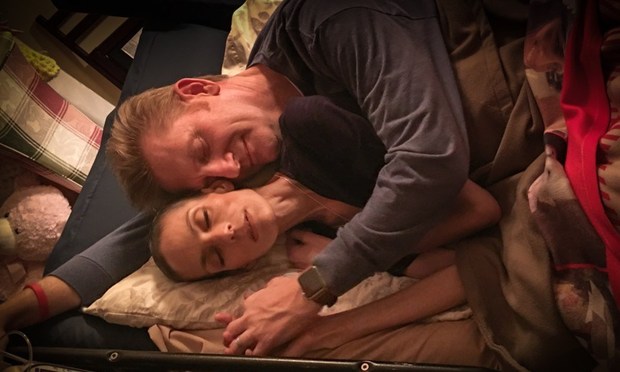 The couple also shared a special Valentine’s Day evening filled with some of Joey’s “favorite” sushi rolls. “We lit a candle and together, we shared an incredible Valentines day evening,” the doting husband penned. “I haven’t been able to be in the same bed with my wife or hold her in my arms since the beginning of November – when she made her last trip to the hospital. But for one sweet half-an-hour… that changed on Valentines Day.” 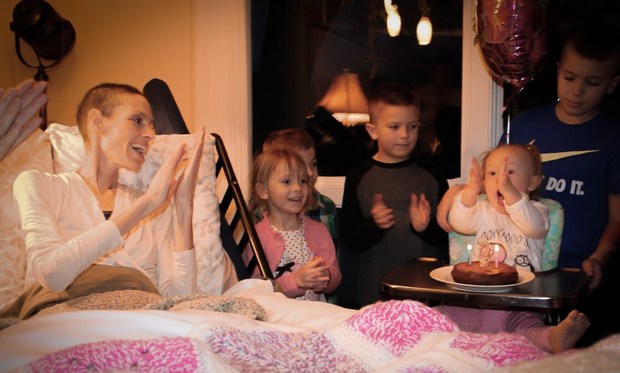 The singer admitted on his blog that Joey was “too excited” to sleep for their daughter’s birthday on Wednesday. Living to celebrate Indiana's special day was another wish the cancer-stricken mother was able to fulfill.

“When Joey woke up, a little before noon, I came in to see her… and tears were flowing down her face,” he wrote. “I put my arms around her and asked, “why are you crying honey?”…“We made it…”, she softly answered. “We made it.”

Rory added, “Indiana’s big day was nothing but joy and more joy.”

Since turning 2-years-old, Indiana is already proving what a big girl she is and speaking without her hands. Rory shared a video of his daughter saying "mama" and "dada," while in her carseat doing her errands with him. The proud father captioned the video, "..."look papa, no hands"!!! I took Indy to the grocery store this afternoon and by the time we got home she was saying sounds back to me without using sign language."