Emma Watson is taking a break from acting to focus on her own personal growth and activist work. The Harry Potter actress opened up to Paper magazine about her plans for the future. “My own personal task is to read a book a week," she said Photo: Getty Images

The Beauty and the Beast star admitted that she considered taking gender studies classes for a year, but ultimately decided against it. She explained, “I realized that I was learning so much by being on the ground and just speaking with people and doing my reading. That I was learning so much on my own. I actually wanted to keep on the path that I'm on. I'm reading a lot this year, and I want to do a lot of listening.”

While her acting career will be on hold for a year, Emma will be keeping busy with her work as a UN Women's Goodwill Ambassador. The actress launched the "HeForShe" campaign back in 2014, calling for gender equality.

Emma, who recently founded a feminist book club — "Our Shared Shelf" — has identified as a feminist since she was a kid. She said, “When I was 9, I think, during my first-ever Harry Potter conference, I said I was a 'bit of a feminist!' Ha! I think I was scared to go the full hog. I was scared I didn't understand what it meant. I obviously did, I was just so bemused by all the chatter around the idea.” 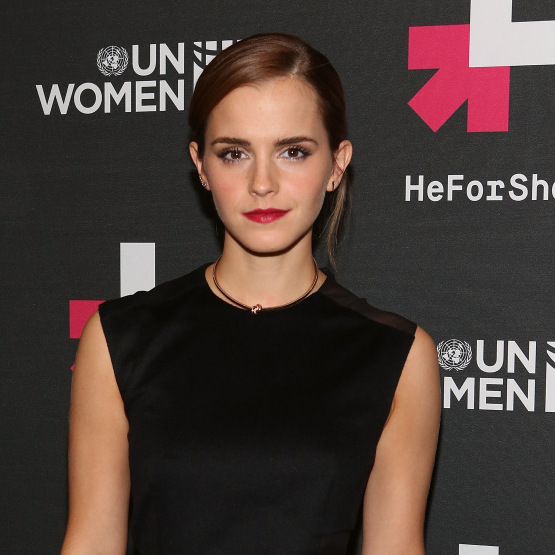 "When I was 9, I think, during my first-ever Harry Potter conference, I said I was a 'bit of a feminist!'" she recalled Photo: Getty Images

Now at 25, the brunette beauty revealed that she is on a “journey” with her activist work. She said, “What is really liberating and empowering me through being involved in feminism is that for me the biggest liberation has been that so much of the self-critiquing is gone. “

“I've certainly come a long way from where I was in my early 20s. Engaging with feminism, there is this kind of bubble now that goes off in my head where these really negative thoughts about myself hit where I'm able to combat them in a very rational and quick way," Emma continued.

"I can see it now in a way that's different. I guess if I could give women anything through feminism – or you're asking about power – it would just be, to be able to move away, to move through all of that.”