“My main thing is Mum, then it’s me, then it’s work,” Adele told Vogue. The 27-year-old and her partner welcomed their first child, Angelo, back in 2012. The artist famously took a three-year hiatus to raise her son before dropping her record-breaking album 25 last fall.

She said, “I think I had to take the right amount of time off to let people miss me.” 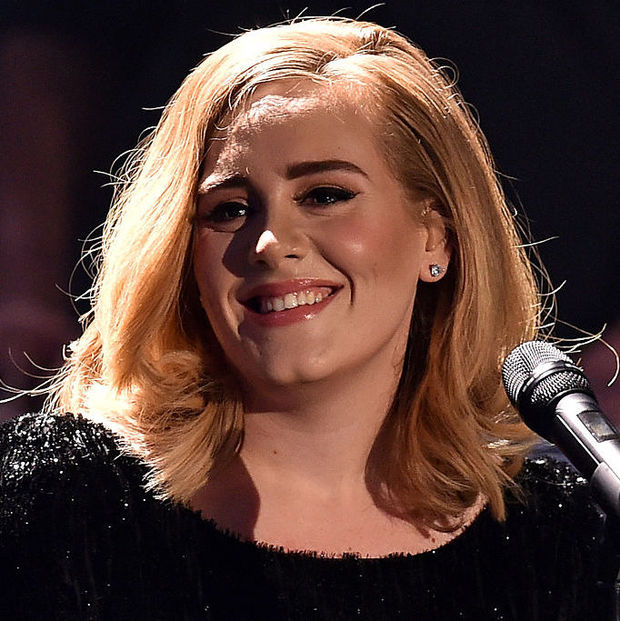 When it comes to her boyfriend and baby boy, Adele admitted they have helped her rid her life of unnecessary drama. “I can’t have any other junk in my head to worry about as well,” she said. “[Angelo] makes me very proud of myself. When I became a parent, I felt like I was truly living. I had a purpose, where before I didn’t.”

As for her partner, she revealed, “When I met Simon, I knew that something was going to happen.” The former investment banker helped the songbird recover from her surgery following a vocal hemorrhage in 2011.

However, when it came time for Adele to write songs for her third album, 25, she said, “I was just shocked that all of a sudden I was 25! But actually I like myself more than ever. I feel so comfortable in my own skin. I really like how I look, I like who I am, I like everyone that I surround myself with.”

Adele continued, “Obviously I have insecurities but they don’t hold me back.”

Unlike other artists today, the 2016 Grammy performer admitted she doesn't have it in her to "reinvent [herself] a lot," she added, “to flip in and out of genres and styles and trends.”

The singer will kick off her nine-month tour at the end of February beginning in Belfast. She said, “I’m only touring for the fans, to see the people that changed my life. There’s no need for me to tour. I’ll always be nervous, worrying whether I’m going to be good enough. And the adrenaline is so exhausting.”

To prepare for the tour, Adele made healthy life choices including avoiding food and drinks that can damage her throat, giving up Marlboro Lights that she used to smoke, in addition to “almost” giving up drinking. She explained, “I was trying to get some stamina for my tour so I lost a bit of weight. Now I fit into normal, off-the-shelf clothes—which is a really big problem for me!”

While the singer has developed a habit for shopping, she admitted that it’s not always glittery gowns for her. When she goes out, Adele revealed, “I look like a bedraggled mother; I look like anyone else. When I’m with my kid I’m in leggings and a jumper and a pair of Converse because the grubby little hands are going to mark anything nice.”