“[Ryan’s] great! He’s such a good improviser,” T.J. said at a fan event presented by Twentieth Century Fox. “He’s such an unattractive human being.”

However the actor’s features proved to be a bit of a challenge for the Silicone Valley star when it came time for them to improvise and riff on set. T.J. joked, “I sort of got lost in his eyes for about a day and a half so I didn’t find my way back until the following week.” 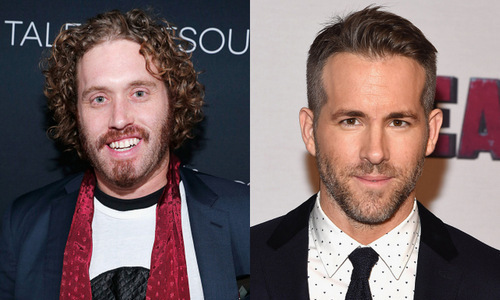 After successfully finding his way back, the HBO star admitted that he and his co-star broke character while improvising in their comedy film, but "luckily" for Ryan his face was concealed in his Deadpool suit. “We both were breaking a fair amount. [Ryan] is like Deadpool,” the actor said. “He says some sh-t that you're like what, where did that come from. It’s so silly, but it’s vulgar.”

T.J. added, “You just can’t imagine what kind of mind came up with that, but it’s Ryan’s.”

Ryan revealed to reporters at the event, that after waiting 11 years for the film to come to fruition, it is finally “a dream come true.” He said, “I’ve wanted to make this movie with such a passion and a desperation for so long that I was sort of to a certain extent, I was heartbroken when we weren’t able to make it and then along comes a little miracle called the Internet, which our materials leaked onto and the fans demanded the movie.” 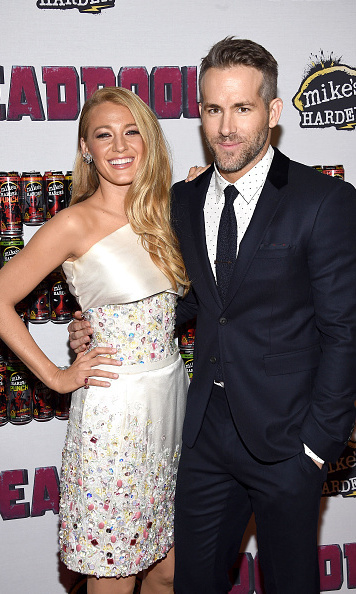 The Deadpool actor and his gorgeous wife Blake Lively made their red carpet debut as a couple on Monday since welcoming their daughter James back in 2014. The former Gossip Girl star stunned in Chanel Haute Couture as she stepped out to support her husband in Times Square.

As for when the couple’s 13-month-old daughter can watch her dad’s new R-rated film, Ryan joked, “Not for at least another six months.”