It's 'The One Where They (Almost) All Got Back Together!' The first glimpse of the long-awaited Friends reunion is finally here, with the stars of the show – minus Matthew Perry – appearing in a sneak peek clip for NBC's tribute to director James Burrows.

While it might not be the full reunion fans were hoping for, the chemistry amongst the cast remains unchanged in the video. Jennifer Aniston, Matt LeBlanc, Courteney Cox, David Schwimmer and Lisa Kudrow can all be seen sitting side by side on a couch while they are quizzed by the show's host Andy Cohen. 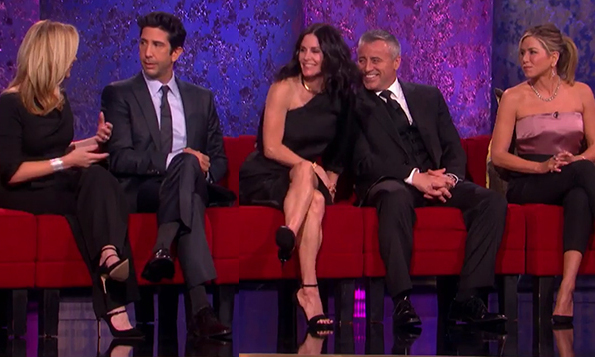 The cast of Friends – minus Matthew Perry – appear side-by-side in the teaser Photo: NBC


"Did you all sign contracts saying that you wouldn't sleep with each other?" he asked the cast. The stars all seem unsure how to answer, before Lisa – who played Phoebe Buffet – is seen nudging co-star David (Ross Gellar), and saying: "David, say something!" 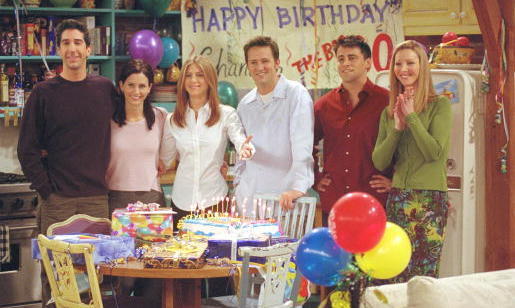 Seems like old times! The stars on set back in 2001 Photo: Getty Images

It was revealed earlier this month that the Friends cast would be coming together for the two-hour special. At the time NBC entertainment chairman Robert Greenblatt told reporters: "I'm hoping all six will be in the same room at the same time." But, he admitted: "I'm not sure we can logistically pull it off."

In the end, Matthew was unable to attend the reunion; he is currently starring in the London play The End of Longing, which also marks his playwriting debut.


Fans of the show have been waiting for more than a decade to see the sitcom's stars reunited again; Friends came to an end in 2004, 10 seasons after it first premiered. bNevertheless, co-creator Marta Kaufmann has been adamant that Friends won't be making a return any time in the future, telling E News! last year that fans "have to let it go. It'll never happen – not happening!"