Leave it to Kim Kardashian to give Caitlyn Jenner a confidence boost. While speaking at the Makers Conference in Rancho Palos Verdes, California, on Tuesday, the former Olympian revealed she lived for years in isolation, but these days she enjoys hitting the town.

"I’m totally into [socializing] now! Let’s get dressed and let’s go out!" Caitlyn said. "My daughter Kimberly said, 'Every time you go out, girl, you gotta rock it. They’re gonna get that one bad picture of you and they’re gonna just work it forever!'" 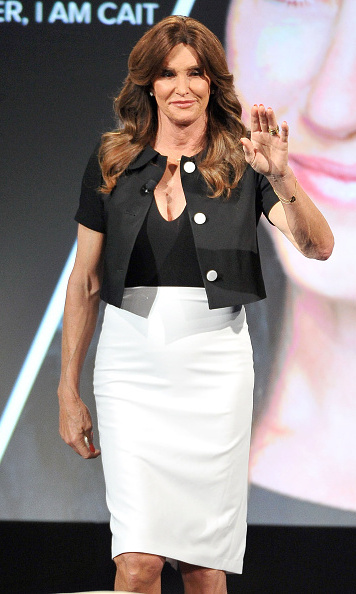 Before beginning her transition, Caitlyn revealed she lived in Malibu for six years and "really started struggling" with her identity of "who am I." However since making her grand debut on the cover of Vanity Fair last year, the 66-year-old has turned into a budding fashionista.

Even though Kim has helped her in the fashion department, Caitlyn has some thoughts of her own when it comes to the reality star's wardrobe. She admitted about her much-talked about 2013 Met Gala dress, "I don’t know if you remember her, when [Kim] was pregnant with the first one, little North, she had this flowery outfit on that went from head to toe. I don’t know, it still pops up its ugly head every once in a while, you know?"

The I Am Cait star added, "Actually it’s kind of nice." 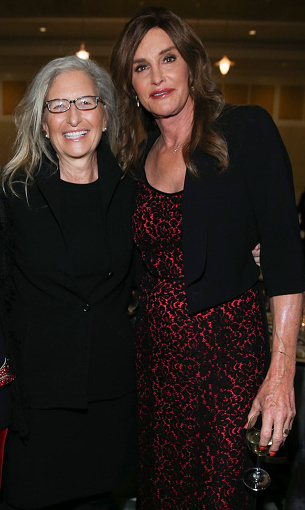 While at the Makers Conference, the TV star also had a sweet reunion with her Vanity Fair photographer, Annie Leibovitz, who shot Caitlyn’s grand debut cover story for the publication.

Annie, the recipient of the Changemaker Award, said,"I did not know that Caitlyn was going to be here tonight. We haven't seen each other since we photographed together. That was such an amazing moment."

Recalling the pair’s infamous shoot together, she said, "We really weren't thinking that we were doing a magazine cover. It was really an emergence, it was really Caitlyn's birth."

Annie added, “When we worked with Caitlyn, it was really about Caitlyn finding her way and what made her feel comfortable.”

In a video ahead of her Tuesday appearance, Caitlyn admitted that seeing images from her VF shoot was "was like looking at yourself for the first time." "After this life of struggle, there she is," she said. "America's golden boy actually wounded up being America's golden girl."