Being mistaken for Bradley Cooper has to be a good problem to have, right? According to his doppelgänger Matt Katzenbach, the constant attention he receives is "kind of a daily struggle". Matt made headlines in January after he was mistaken for the Hangover star during Sundance Film Festival, but has claimed that he never pretended to be the actor. 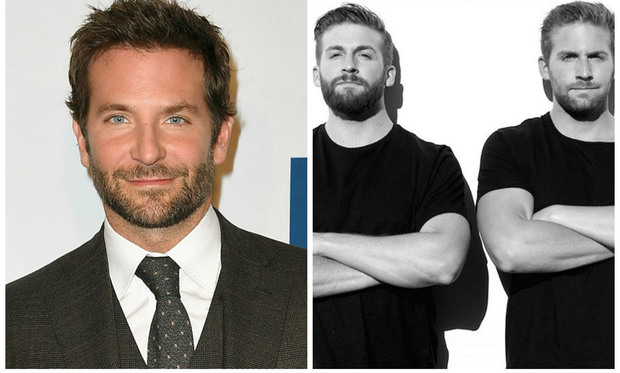 Matt says he and his twin are constantly mistaken for Bradley Cooper Photo: Getty/Instagram

"The entire time I never stated that I was him… They looked at me and said, 'Come right in,'" Matt told The New York Post's Page Six. The 27-year-old says he and his twin brother Scott have been falsely recognized as the 41-year-old superstar since they were teenagers, telling the publication: "Every day [we are recognized] at least two to five times."

He continued: "Now it doesn't matter where I go. I had paparazzi flood me in a random town in Mexico. I went to the Sky Bar [in Bangkok] where they actually shot The Hangover 2 and was greeted, 'Oh Mr. Cooper, great to see you, come right in.' Then tons of people were just flooding and taking pictures. That was kind of the moment when it was totally surreal and I didn't get it."

While Scott and Matt occasionally enjoy the perks of being mistaken for the star, even making fun of the resemblance by going by the name Cradley Boopers on Instagram, the entrepreneur says it's not always a blessing.

"At the end of the day, it's actually enlightening because it's not a great life to be under the spotlight and go to these events or parties or bars or whatever," Matt said. "Everyone is asking for pictures or autographs to boost their status. It comes at the expense of [a celebrity's] privacy – of their being able to be and act like a normal human."

He continued: "In a way I feel sorry for him and for all of the [celebrities]. Some of them want it, right? But I wouldn't want that life at all."