Carol Burnett was honored with the Lifetime Achievement Award at the Screen Actors Guild Awards on Saturday. The legendary comedienne, whose career has spanned over half a century, has paved the way for women in the industry including Tina Fey and Amy Poehler.

"Carol has been such a huge part of all our lives for the past 50 years. From her Broadway debut in Once Upon a Mattress in 1959 to 11 glorious seasons of her own smash hit variety show to her unforgettable film roles in movies like The Front Page and Annie,” Tina said when introducing the former The Carol Burnett Show host. 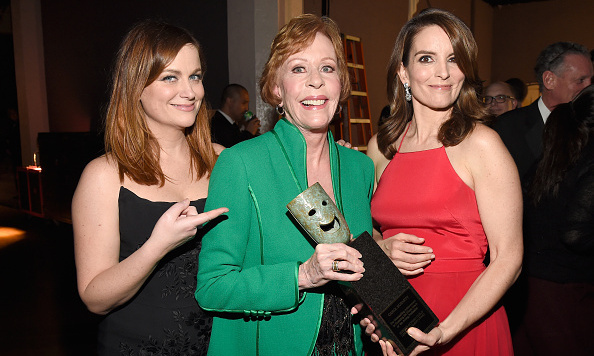 With an all-female Ghostbusters due to hit screens this summer and the emergence of powerhouse comediennes like Tina and Amy, it’s never been a better time for women in comedy

“The change is that there are more women. I’m really happy for that and especially with Amy and Tina running their own shows and writing and producing and doing all that – That’s a beautiful, beautiful way that things have changed, and I think they’re going to get better. Women in comedy are much more respected now,” Carol told HELLO! after receiving her award.

Carving a path for herself in the male-dominated '60s and '70s, required a strong, positive attitude. The 82-year-old said, “I’ve always been optimistic. I have a feeling that it happened because of going to all of those movies with my grandmother in the '40s because there was no cynicism. The good guys made it, the bad guys didn’t…So I never felt cynical, and I never felt that I couldn’t do what I wanted to do.” 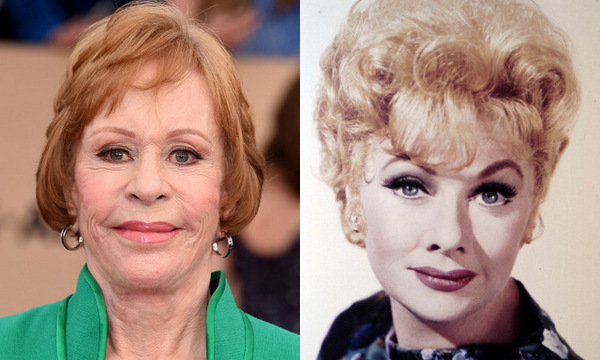 During her career Carol had help from her own mentor: Lucille Ball Photos: WireImage/Getty Images

While succeeding in Hollywood, Carol did receive a little help from a fellow legendary star, Lucille Ball. The pair met after the I Love Lucy star came to see Carol perform in Once Upon a Mattress on Broadway. "I was more nervous that night seeing her than I was opening night," Carol revealed. "After the show, she came back to my funky little dressing room off-Broadway – She sat and talked to me for about 25 minutes, and she called me "kid," because she was 22 years older than me. Just as she was leaving, she said, "Kid, if you ever need me for anything, give me a call."

And when Carol needed a big name guest star for one of her first network specials, she called on her new friend. The Lifetime recipient revealed, “I got [Lucille] on the phone and she said, ‘Hey kid, you’re doing great. What’s happening?' I said, ‘I know you’re really busy doing Lucy, I don’t want to bother you about it— ‘She said, what are you talking about?’ I said, ‘Well, I’m going to be doing this special for CBS'—And she didn’t let me finish the sentence. She said, ‘When do you want me?'"

From then on, the ladies' relationship extended beyond professional. The actresses became such good friends that the I Love Lucy star threw her pal a party. She shared, “[Lucille] gave me a baby shower. A black tie baby shower. With men attending. It one of the funniest evenings ever. Her husband was comedian Gary Morton. He opened up the baby gifts and he did routines on everything. It was just hysterical.”

Lucille would also send her friend Carol flowers every year on her birthday. "She died on my birthday," Carol said. "She died on April 26 and that afternoon, I got flowers for her and it said 'Happy Birthday, kid.'"