Just because Hilary Duff is no longer on Tinder, doesn’t mean she’s given up looking for Prince Charming. During an appearance on The Ellen DeGeneres Show on Friday, host Ellen DeGeneres decided to help the single, working mom find the perfect man.

During the process, the Younger actress was asked to choose between Prince Harry and some of Hollywood’s most eligible bachelors including Harry Styles, Justin Bieber, Leonardo DiCaprio, Nick Jonas, Colin Farrell and Drake. 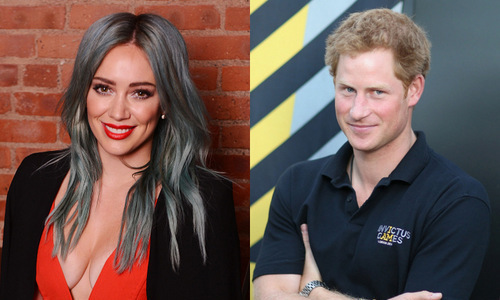 After the British royal seemed to be claiming the top spot, Ellen joked, “I didn’t know that you were in love with Prince Harry,” to which Hilary responded, “By the way, me either!”

The only eligible suitors who came close to knocking the redhead out of first place were the ABC's The Bachelor's Ben Higgins and actor Jake Gyllenhaal. However in the end, Hilary decided to go for the real-life fairytale with her final decision, announcing: “I’m going to say Prince Harry. Who knew!” 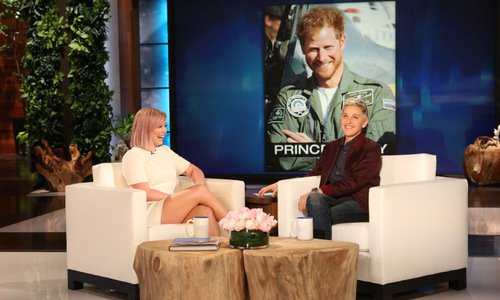 The singer-actress split from husband Mike Comrie back in 2014 and share 3-year-old son Luca. Despite no longer being together, Hilary admitted, “We are good friends.”

“We have an amazing son. And we’re both so obsessed with him,” she said. ”We laugh a lot and we have a great communication and we share pictures when one is not with Luca and yeah, he’s great, we are great and we keep on trucking.”

And while Hilary might have decided on Prince Harry as her perfect man, the TV Land actress made it known in December that marriage is not a priority. She revealed, "It's not important to me. I don't feel I would need to be married to have another child. If I felt strongly enough toward someone or if someone felt strongly about it, I might say okay. But it's not essential."