Beyonce has gone Bollywood – thanks to Coldplay! On Friday, the British rock band released their new music video for their single "Hymn for the Weekend,” which features the Grammy-winning songstress.

The band’s latest video is set in Mumbai and depicts the group visiting different, colorful spots throughout the city. 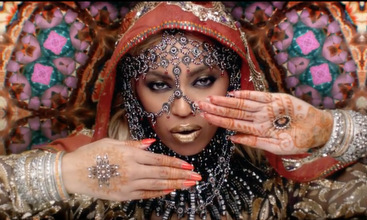 Beyonce is a Bollywood goddess in the music video donning traditional Indian attire in the various scenes as well a floral crown as she sings in front of a wall filled with blooming flowers.

Coldplay frontman, Chris Martin, discussed the “Drunk in Love” singer and her daughter Blu Ivy's collaboration on the band's new album A Head Full of Dreams, back in November during an interview with the Wall Street Journal.

At the time he said, "Everyone who got asked to sing on our album has an important part in our lives." Chris added, "This is The Wall Street Journal, so I don't want to get too hippie, but what I'm trying to learn in my life is the value of every human." 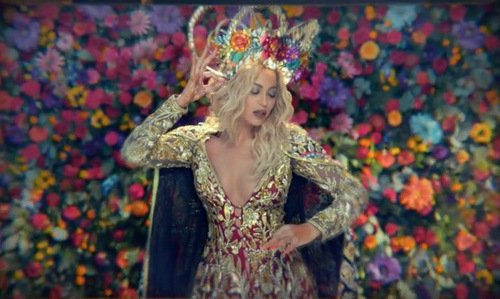 The band's bassist Guy Berryman admitted to a BBC radio show, last year that "it was amazing" recording with Beyonce. He said, "She came in, she did her thing. She’s unbelievably professional. I think she was in and out in five minutes. And we’re just so blessed to have her sing on one of our songs."

Chris and his pal Beyonce will be teaming up again soon for this year’s Super Bowl. The singer will join Coldplay February 7, on stage as the band headlines Super Bowl 50’s halftime show.