Chris Hemsworth is the new face of Australia! The 32-year-old actor appeared in New York City on Monday night for the launch of Tourism Australia's new #SeeAustralia campaign.

CLICK HERE FOR A LOOK AT CHRIS' FAMILY LIFE IN AUSTRALIA 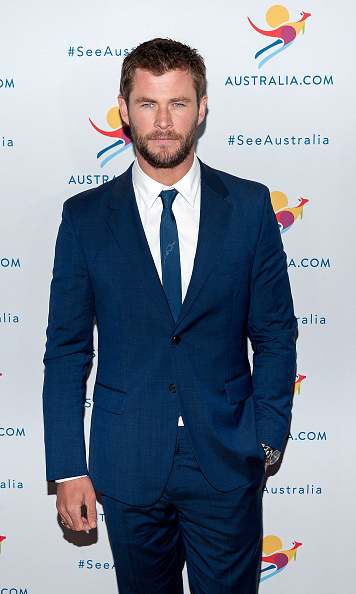 The handsome father-of-three, who recently moved his family back Down Under, said of his decision to leave Hollywood behind: "You don’t realize what you got until it’s gone... I loved living in California, but as soon as I got back to Australia it was like, 'Home is where the heart is.' This is a place special to me because of the opportunities and experiences I had... I don’t know anywhere else in the world that has the beauty or diversity."

Speaking of beauty, Chris opened up about the first time he took his gorgeous Spanish actress wife, Elsa Pataky, back to explore his home. "I took her to Victoria [where I grew up]. I was actually very sick at the time so she saw the inside of the hospital, and she was like 'I don’t get it, what’s the big deal?'" he joked. 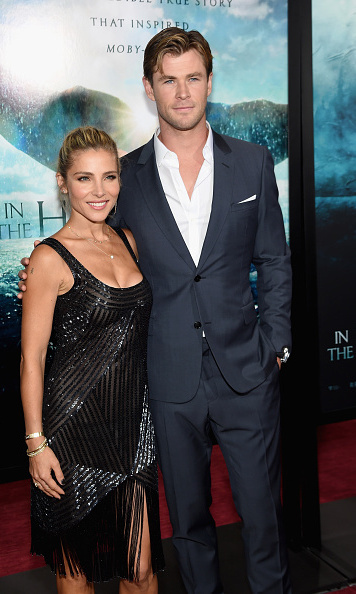 "So I got better, which is great. Then I took her to North Beach and she was blown away, she was swept away by that area."

He continued: "She just fell in love with the area as much as I do. And that’s the thing, we explored these places together where I spent my whole life and it was perfect. “

Absent from the event were Elsa, 39, and the children, 3-year-old daughter India-Rose and 1-year-old twin boys, Tristan and Sasha, as well as Chris' younger brother Liam Hemsworth and his fiancée Miley Cyrus. All, though, were mentioned when Chris took on the challenge of playing a round of "Would You Rather."

When asked if he would rather spend time surfing with his brothers Luke, 35, and Liam, 26, or go for a evening stroll on the beach with his wife, Chris went for the more diplomatic answer. 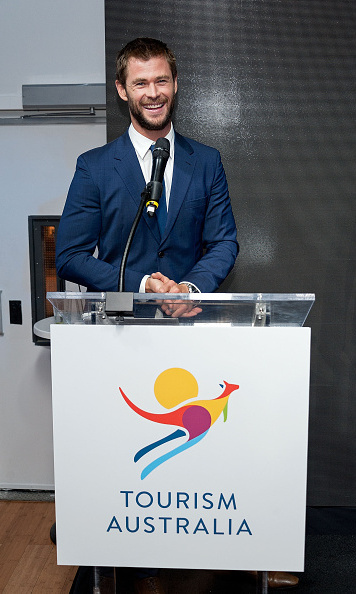 The dad-of-three was all smiles at the event Photo: Getty Images

"This question is going to get me into a lot of trouble," he told MC and fellow Aussie Curtis Stone during the Q &A. "I’ll say romantic walk in the evening and then surf, because they’re not at the same time."

Chris didn't shy away from talking about his brother's fiancée Miley, 23, who spent the Christmas holiday with the family. When asked if he would rather perform with her or classic rock band Kiss, he answered: "That's a tough one: Miley."