Talk about a throwback! During Disney Channel’s High School Musical 10-year anniversary special on Wednesday night, some of the film’s stars — Vanessa Hudgens, Ashley Tisdale, Lucas Grabeel, Monique Coleman and Corbin Bleu — reunited to reminisce on memories from the Disney set, and were even treated to a few surprises.

One such surprise was the resurfacing of the cast’s original audition videos for the 2006 movie. The unexpected footage showed the adorable chemistry between exes Zac Efron and Vanessa Hudgens. 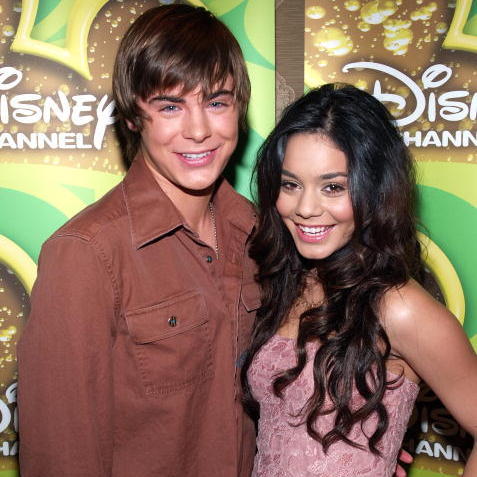 The former couple’s audition featured Vanessa reciting the film's famous “kindergarten” lines. In the clip, she tells Zac, ““Remember in kindergarten, how you’d meet a kid and know absolutely nothing about them and then 10 seconds later, you’re playing like you’re best friends, because you didn’t have to be anything but yourself?” Singing with you felt like that.”

Also shown in the reel are auditions between cast members Ashley Tisdale and Lucas Grabeel, in addition to Monique Coleman and Corbin Bleu.

Sadly the film’s hero Troy Bolton a.k.a. Zac Efron could not make the taped reunion, but he did send his love to his former co-stars via a video message, apologizing for not being there. Recalling his favorite scene in the Disney Channel original movie, he said, “[It] has to be "We’re All In This Together." The unity, the whole cast in that moment was just really, really fun. I’ll never forget that day of filming. It’s embedded in my mind as one of the most beautiful days of my entire life.”

He added, “Thank you so much for being part of this whole High School Musical extravaganza. It’s become the coolest thing that I’ve ever a part of.”

WATCH THE CAST'S ORIGINAL AUDITIONS BELOW