John Krasinski had the best seat in the house during Sunday night's Golden Globes! The 13 Hours: The Secret Soldiers of Benghazi star appeared on the Ellen DeGeneres Show on Friday, to dish about his almost encounter with Leonardo DiCaprio at the awards show.

"Turns out that when you go stag, they put you at a great table," John said, after telling the host his wife Emily Blunt couldn't be his date because she was filming a movie. "I was at Leonardo DiCaprio’s table." 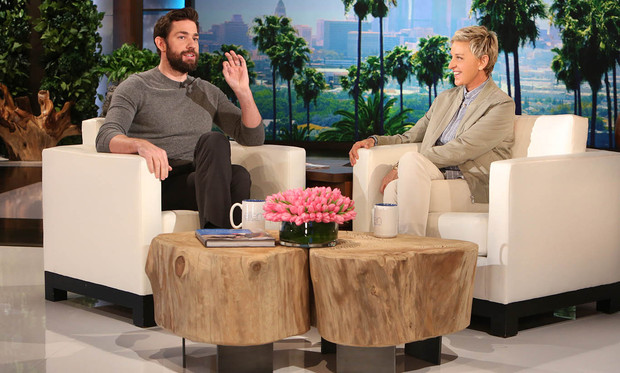 John had the best seat at the Golden Globes Photo: Michael Rozman/Warner Bros

The 36-year-old admits that his experience at the "winners" table was more awkward than amazing. "That sounds really cool, except I didn’t get a chance to meet him, and I didn’t want to be like 'Hey man I’m the guy that doesn’t have anybody,'" he shared. "And then they won everything. So I’m in the middle of hugs and people are like 'This is the best year ever' and I was like, 'Wasn’t it?' And then everybody went up and gave their speech. I felt really pretty stupid." 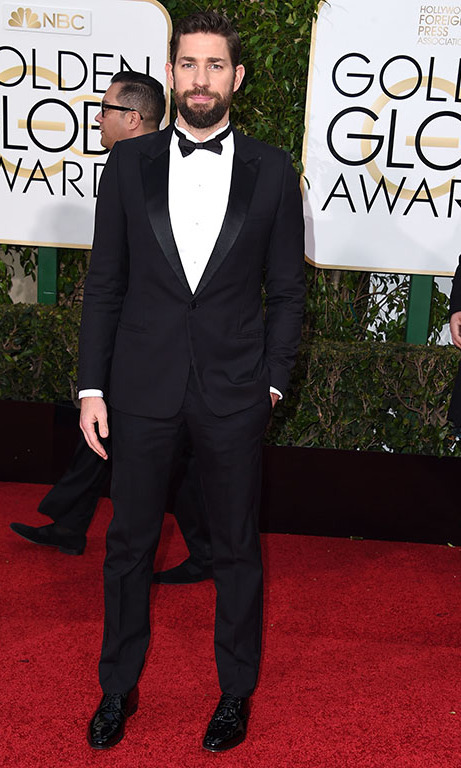 Although he didn't share a moment with Leo, John did have an encounter with the director of The Revenant, Alejandro González Iñárritu during his big night. "Yeah, definitely there was a moment, when he won. He said 'hi' to everyone and 'thank you' because they all worked on the movie, and then turned to me and there was that moment of like, 'Why are you here?' and I was like, 'Congratulations!'"

The star of The Office also talked about his newly sculpted body, and how he had to avoid going out, because he would simply just eat. "I mean if you invited me over to watch a movie, I would just like eat DVDs," he quipped to the the host after she complimented him on his "unreal" body. "I was so hungry for so long."

On top of staying in shape and announcing the nominations for this year's Oscars, John is busy being a father to his and Emily's 1-year-old daughter Hazel, who he admits is quite the character. "She's about to turn two, and it's the greatest thing ever," John gushed. "She's talking a lot, she's starting to do little bits which is hilarious. When she's looking for me, instead of saying 'Daddy, daddy' she says 'Where is that daddy?'"

CLICK BELOW TO WATCH JOHN TALK ABOUT HIS BIG NIGHT